Who is Damion Lee Wife? Steph Curry’s brother-in-law is Damion Lee. In September 2018, just before the start of his second NBA season, Lee wed Sydel Curry, the brother of Curry. Ever since the two have been dating. It’s interesting that Steph has two siblings who are both basketball players. Curry’s sister is married to Damion, who played on Curry’s team for four years and is also a fantastic 3-point shooter, and his brother Seth is a great athlete. This article will discuss intriguing information, including how Damion Lee met Steph Curry’s sister Sydel. Lee, who last summer agreed to a deal with the Phoenix Suns, is regrettably no longer playing alongside Damion and Steph.

For over 10 years, Sydel and Damion had been close friends. It is not unexpected that they initially met during a basketball game, given that Lee plays basketball and Sydel is linked to basketball players.

The pair originally met in 2013 while Sydel was a student and member of the volleyball team at Elon University. As they both went to the same college basketball games, it seemed they fell in love immediately.

For Munaluchi Bride, Sydel Curry recalled the first time she met Damion: “He was walking up the stairs, I was sitting in the stands, and we kind of made eye contact.” 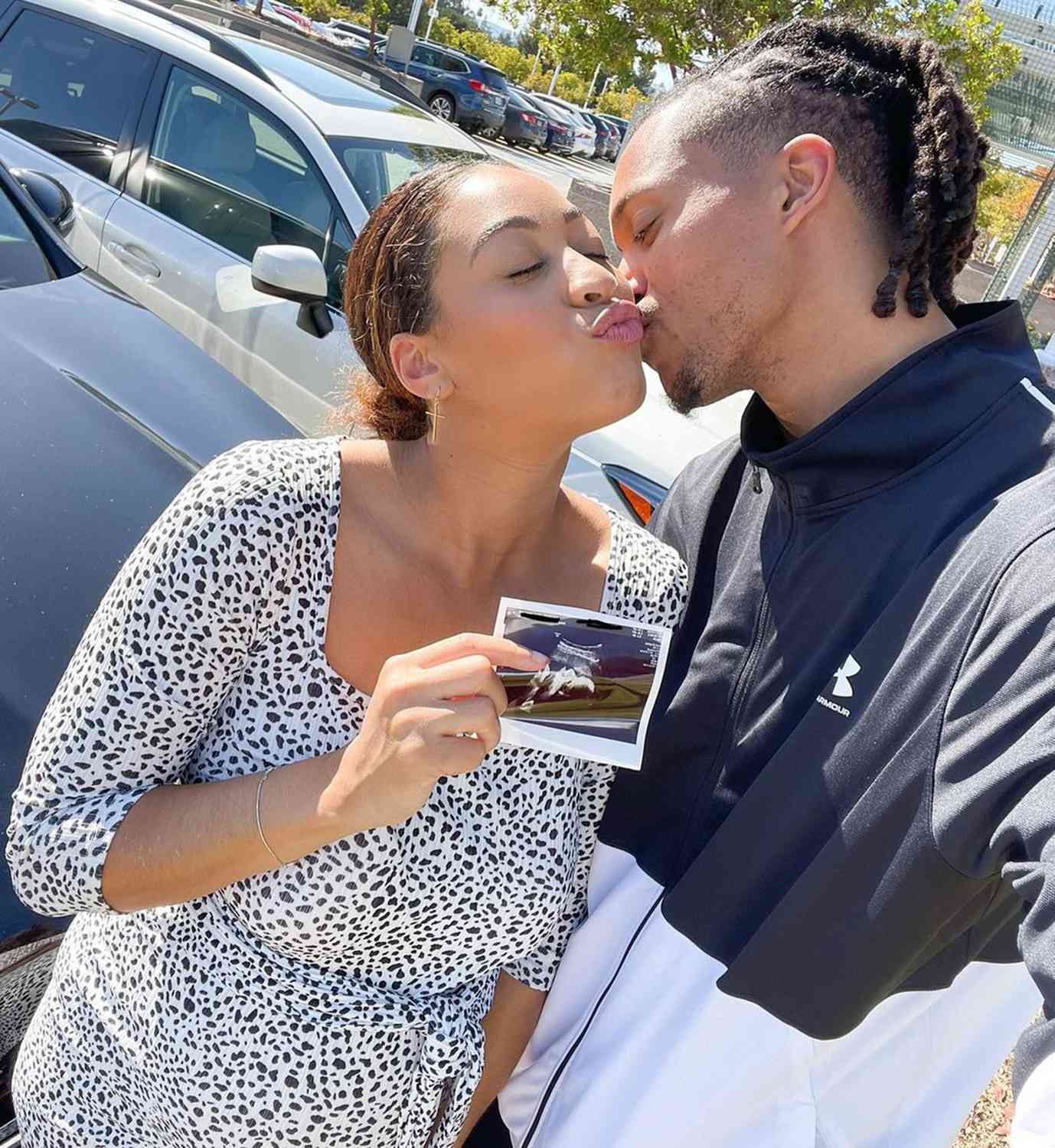 Damion and Sydel have been dating for a very long time

Sydel’s beauty astounded the basketball player so much that he claimed he “couldn’t forget that face.”. Following this, they mostly traded direct messages, which resulted in several dates. They became inseparable shortly after that.

Looking into the off-court relationship between the two Golden State Warriors teammates, Damion Lee and Stephen Curry, may be of interest to you.

The pair wed on September 1, 2018, in a grandiose ceremony in Charlotte, North Carolina. Sydel and Damion Lee’s first child, Daxon Wardell-Xavier Lee, was born in November 2021.

Sydel regularly posts updates about her life on her active YouTube channel. Damion Lee’s wife is a well-known influencer with almost a million followers across her profile.

Where is Lee right now?

In his first season as a professional, Lee was a member of the Atlanta Hawks, but he later joined the Golden State Warriors. After four years in the Bay Area, the 6-foot-5 shooting guard won the 2022 NBA title.

You might be interested in reading Watch: Steph Curry loses it as his brother-in-law scores the game-winning basket for the Phoenix Suns – “The kids are asleep but I don’t care!”

Lee committed to the Phoenix Suns for a single season during the offseason. The deal is for $2.1 million, but given his success, a more lucrative contract could be offered to him next summer.

The shooting guard has played 15 games for the Suns this season, averaging 7.1 points per contest. Lee is one of the league’s most lethal shooters with a 48.1% 3-point percentage.