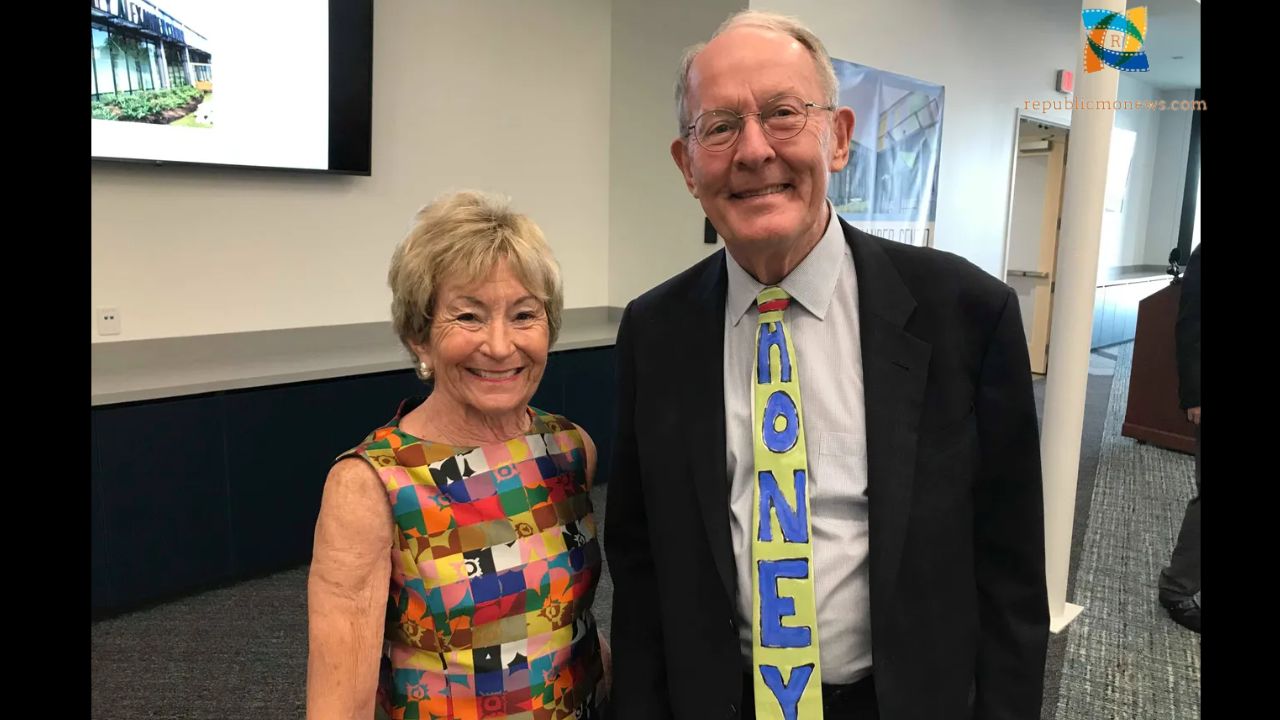 According to the family, honey Alexander, the wife of former Tennessee Governor and Senator Lamar Alexander, died on Sunday. She was 77 years old. According to her relatives, Alexander died Saturday at her home near Maryville, Tennessee. She was married to Lamar Alexander for 53 years and supported him during his two terms as governor of Tennessee and his election to the United States Senate. “Chuck and I are devastated to learn about Honey Alexander’s death. “As First Lady of Tennessee, she was a terrific champion for children and families, having spearheaded the Healthy Children Initiative,” Sen. Marsha Blackburn said in a statement. “All Tennesseans pray for Senator Alexander and his family.”

Who is Honey Alexander?

Honey Alexander was the wife of former Tennessee Governor and United States, Senator Lamar Alexander. She was born in LA, California, in 1945. The former senator and first lady relocated to Nashville with their 11-month-old son in August 1970. As the first lady, she oversaw the statewide Healthy Children Initiative, which aimed to provide prenatal health care to every child. She also served on the Southern Regional Task Force on Infant Mortality from 1985 to 1986.

The Career of Honey Alexander:

Honey co-founded Leadership Nashville in 1976, an organization that seeks to widen and diversify the leaders who make decisions about Nashville’s progress. Former First Lady Lamar Alexander ran in six contests for governor, served First Lady, when Lamar was president of the University of Tennessee, and to Washington when he was US Education Secretary and Senator. Honey Alexander is survived by her husband, Lamar Alexander, of 53 years; three children, nine grandchildren, and her brothers and sisters.

“Through decades in the political spotlight, Honey Alexander exhibited grace, compassion, and public service,” said Mitch McConnell, the Republican leader of the United States Senate. “She transported her enthusiasm for assisting children and families to the Nashville Governor’s Mansion, the University of Tennessee, the Department of Education, and — to the wonderful good fortune of so many lucky friends — the United States Senate.” Honey is well-known for her work on policy issues concerning pregnant women and newborns. During Lamar Alexander’s eight years as governor of Tennessee, she helped create the Healthy Children Initiative.

Alexander “died away quietly” on October 29 at her home outside Maryville, according to a statement from her family. According to the Alexander family, the interment will be held at Hesse Creek Chapel in Walland, Tennessee. A memorial ceremony will be held later at Nashville’s Christ Church Cathedral. The dates for both services were not readily available. Instead of flowers, the Alexander family has requested that memorial contributions be made to the Honey Alexander Center, situated at 2400 Clifton Avenue in Nashville.

I was saddened to learn of the death of Honey Alexander,a gracious and caring lady who was the wife of former Governor and Senator Lamar Alexander. She was a perfect spouse for Lamar and the whole of their life together was greater than the parts.I extend my deepest condolences

Honey Alexander was a pillar in Tennessee politics, a wonderful First Lady of our state, advocate for children, and supportive wife to Senator Lamar Alexander.

Please join Amy and I in praying for the family in the coming days. https://t.co/ibVXDoxGJB

Honey grew up in and around politics as the daughter of a Texas Republican committeewoman. She never returned. Honey, a talented athlete, met Lamar while playing staff co-ed softball in Washington, D.C. Honey worked for Sen. John G. Tower, a Republican from Texas, while Lamar worked for Sen. Howard Baker’s team. Honey moved into first, forever drawing his attention, Alexander wrote in his gubernatorial biography, “Steps Along the Way,” an allegation she rejected. He was struck, regardless. “After seeing Honey for the first time, I started playing softball like a peacock strutting across the farmyard,” he explained. They married in Texas 18 months later, in 1969.