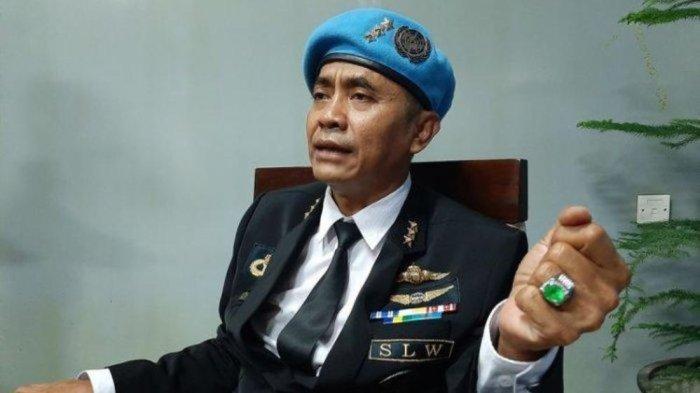 Ki Ageng Ranggasasana, also known as Rangga Sasana or Lord Rangga (12 September 1967–7 December 2022), was a Javanese ethnic leader who promoted the Sunda Empire organisation. He rose to fame after speaking as a special guest at an Indonesia Lawyers Club event in his capacity as the General Secretary, a senior Sunda Empire official.

After appearing as a resource at the Indonesia Lawyers Club on January 21, 2020 as a top official of the Sunda Empire, Rangga rose to fame. Then, in accordance with Article 14 Paragraph (1) of Law Number 1 of 1946 as in the first indictment regarding the act of broadcasting fake news that caused chaos, Rangga was sentenced to two years in prison along with two other Sunda Empire officials, namely Nasri Banks as Prime Minister and Raden Ratnaningrum as Emperor. On January 28, 2020, Rangga was stopped by the West Java Regional Police while visiting a family in Tambun, Bekasi. Rangga was ultimately freed from the Banceuy Penitentiary, Bandung, in 2021 as a result of the COVID-19 epidemic adjustments and assimilation he obtained for his good behaviour. Rangga is from Grinting Village in the Brebes Regency of Central Java’s Bulakamba District. The Brebes Regency DPRD member Wamadiharjo, a Grinting resident who acknowledges knowing Rangga, revealed that Rangga’s real name is Edi Raharjo. Rangga is well-known for holding a professor title in the neighborhood. However, nobody is really certain of his position. This is due to Rangga’s absence from his native city and few trips back there. He graduated in the 1980s from the Middle Agricultural School (SPM) in Baros. then for a very long period out of Brebes. According to rumours in the area, Rangga is a lieutenant general with the rank of three stars, although it is unclear for whose organisation he serves.