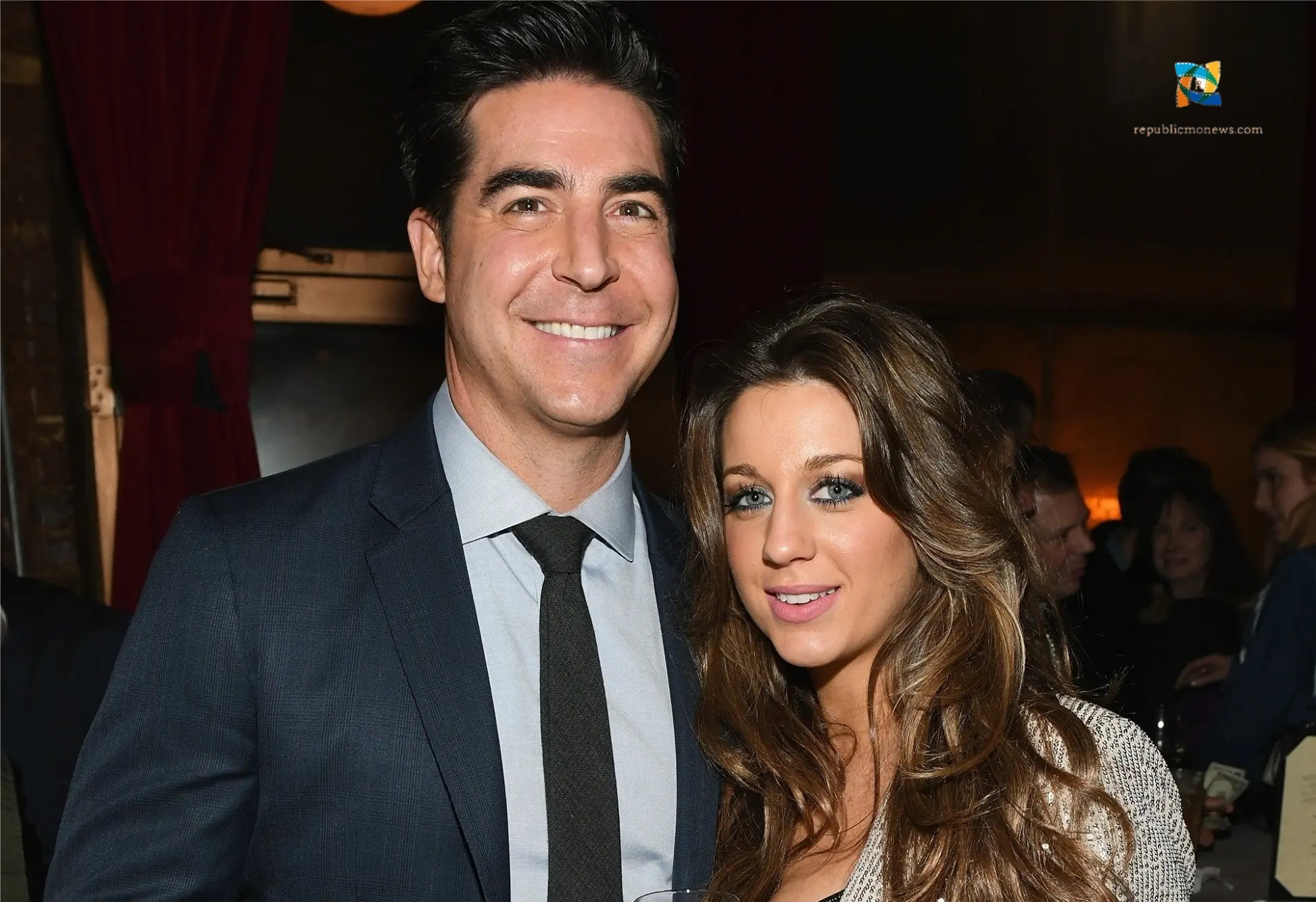 Fox News anchor Jesse Watters on Monday announced that his wife, Emma is expecting a baby girl. He declares that his wife is currently five months pregnant and expecting child delivery in April 2023. The couple is expecting their second child prior to it they are blessed with a son, Jesse Bailey Watters Jr. on April 2, 2021. 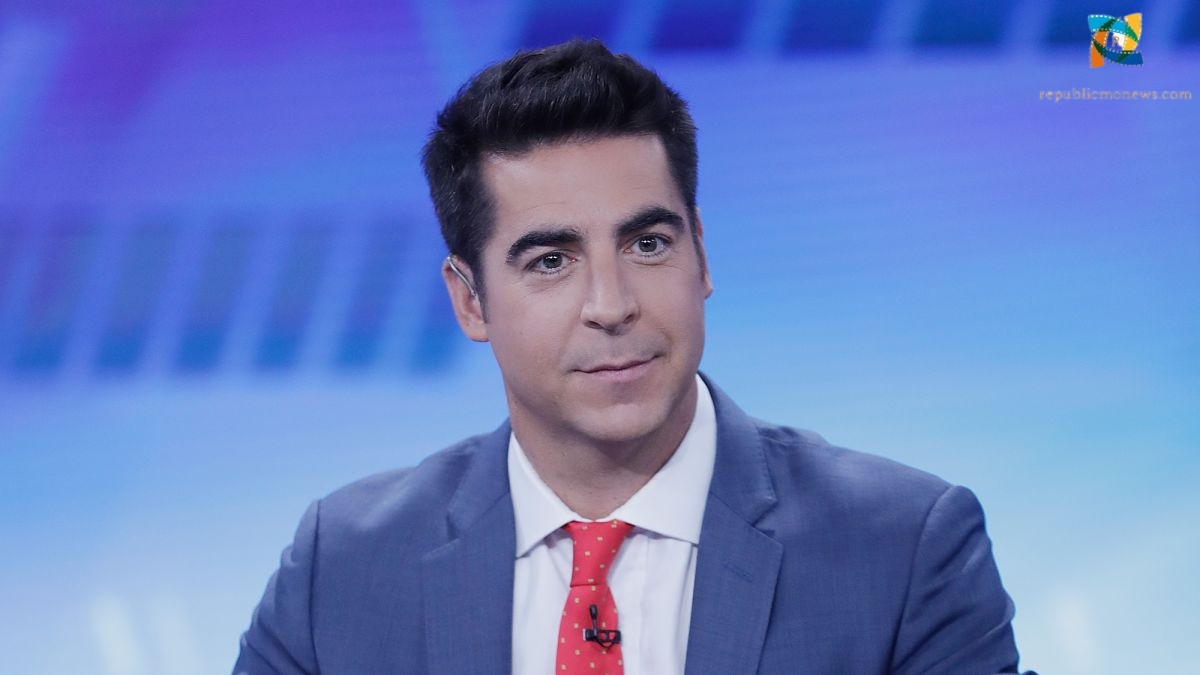 Jesse on the show said-“My wife, Emma, is pregnant with a girl. So, we’re having a girl and she’s five months along which I think is halfway through,” “And she looks fantastic, you can’t even tell that she’s pregnant.” Watters added that we are currently struggling with names, to this his co-host Dana Perino suggested that he should allow Twitter CEO Elon Musk to name the baby. Jesse then replied that Elon gives his children very strange names.

Emma is Jesse Watters’ second wife before that the anchor was married to Noelle Inguagiato and the couple together share twin daughters, Ellie and Sophie.

Jesse Watters ‘ former wife Noelle Watters is a fashion stylist and a television personality born on May 5th 1976 in New York City US. She is born to parents Peter Inguagiato, her father and Rosemary Inguagiato her mother. Noelle has completed her graduation from Fairfield University and after that began working as a host for Fox News Channel. In 2011 she also host her own fashion show, iMag Style. 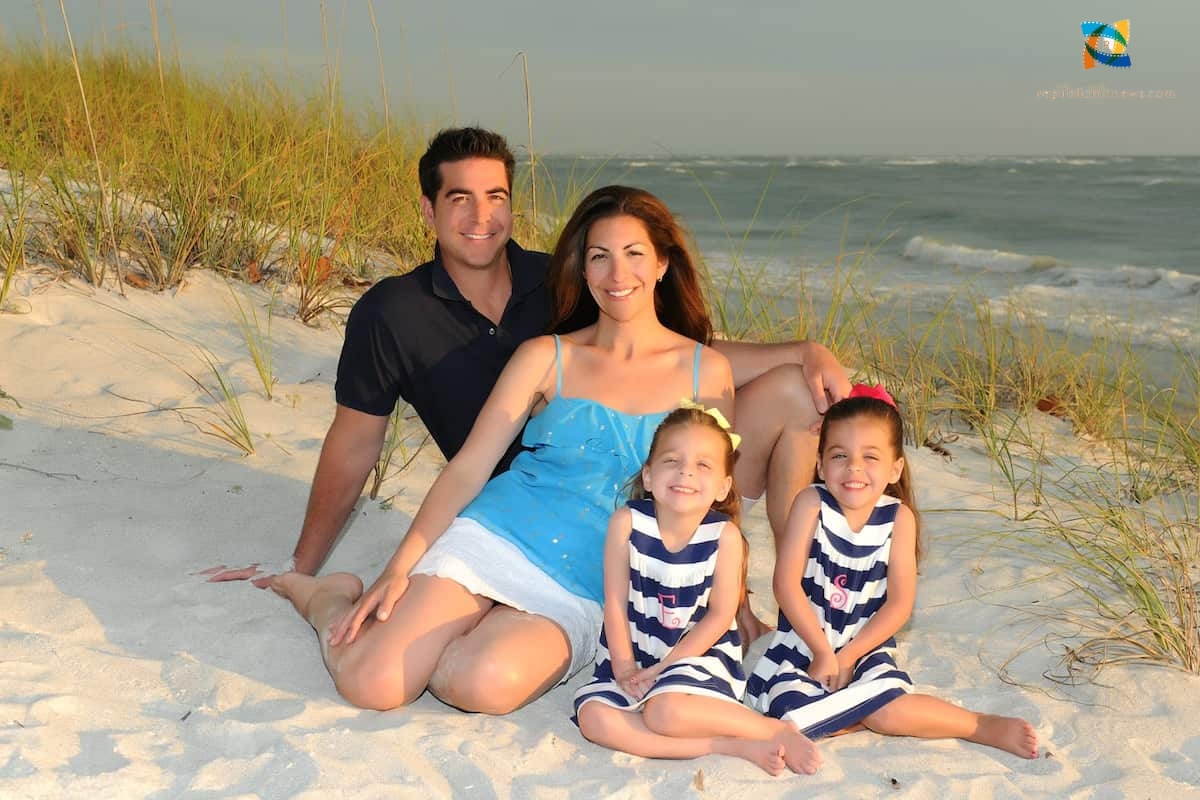 The couple first met in 2002 working together for Fox and after dating for a long period tied the knot in a grand wedding ceremony in 2009. Noelle is the mother of Jesse Watters’s twin daughters. All was going well until Jesse admits his affair with the associate producer of Fox, Emma DiGiovine. Their marriage began to fall apart due to Jesse’s alleged affair with Emma DiGiovine.Noelle, thus filed for divorce in 2018 which was finalized after one year.

Emma is a fitness model, ballet dancer and former Fox News producer and journalist. Emma was born on March 14, 1992, in Cranford, New Jersey. She holds American nationality and follows Christianity. Emma did her primary education at a local Cranford school and went on to Saint Elizabeth to continue her high school education. In 2014, she graduated from the University of Fairfield with a Bachelor’s degree in Journalism.

She is extremely popular on social media with over 34.7k followers on Instagram. She frequently shares her fitness video and beauty tips on her social media accounts. Emma also shows a glimpse of her daily life, workout routines and diet on her personal website.

Emma was the reason for Jesse’s divorce from his former wife Noelle. Jesse’s alleged affair with Emma made Noelle file for divorce. The couple, however, ended their six years of marriage in 2019 and soon after that Jesse married Emma. Together the couple is blessed with a boy and is presently expecting a baby girl to be delivered soon.

Net Worth of Emma DiGiovine

According to the reports Emma’s net worth is majorly brought from working as a journalist and associate producer for Fox News. By the end of the year, her net worth estimation is $ 500000.

Net Worth of Jesse Watters

Jesse’s net worth is estimated to be $ 5 million according to the data collected from Celebrity Net Worth. He as an anchor is expecting to get a salary of $ 2 million annually.

Read Also: Who Is Shawna Frank’s Husband? What Happened To Him And How Did He Die?