Austin Butler, the handsome hunk of Hollywood has raised the temperature with his new relationship status with his girlfriend Kaia Gerber. The couple went official earlier this year and is one of the season’s hottest couples. The couple was seen with each other and Kaia supporting him during the premiere of his film Elvis at the Cannes Film Festival. The two made their first red carpet debut at the Met Gala 2022. 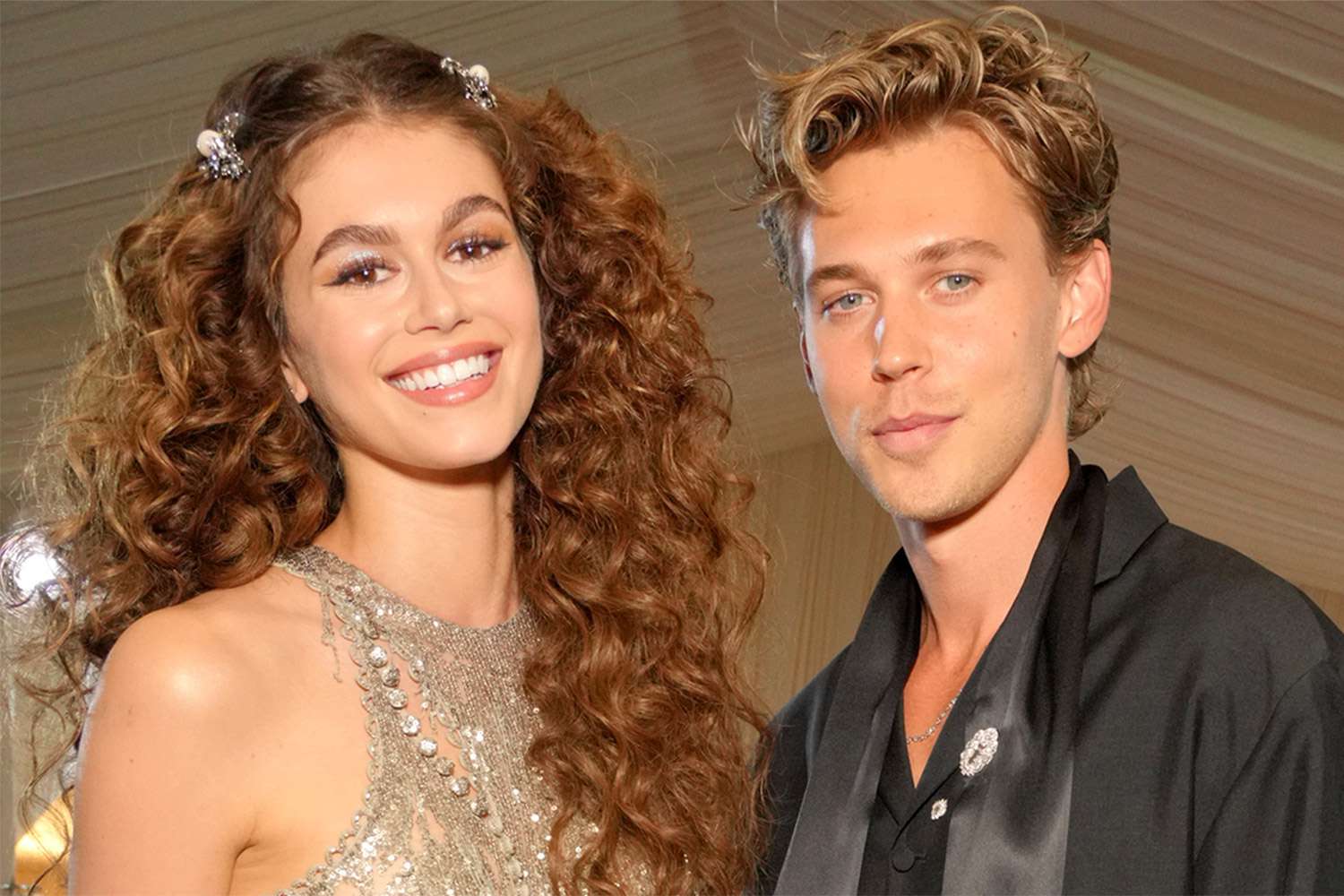 Austin Butler on ending his long-term relationship of nearly 9 years with Vanessa Hudgens found a new ladylove Kaia Gebra. The two met at the end of December 2021. The couple is spreading their romance worldwide from Los Angeles to New York, Paris, and even London. The duo officially confirmed their relationship at the 2022 Met Gala. Kaia after one month of splitting from her Ex-boyfriend Jacob Elordi soon started dating the Elvis actor Austin Butler.

On May 25 2022 the couple was seen extremely in love as they were smiling and laughing and holding each other’s faces and sharing a passionate kiss. They were also seen together celebrating their first Valentine’s Day on Feb 14, 2022. Kaia and Austin made their first public appearance for a WMagazine’s best performances in Los Angeles.

According to the sources the couple first met on Dec. 21, 2021, when the photos of the two went viral. Both of them were seen attending a yoga class together. Austin Robert Butler a 31-year-old American actor recently got famed for his role in the biographical film Elvis where he portrays the role of Elvis Presley. The actor was born on August 17, 1991, in Anaheim, California, and began his career on television first in roles at the Disney Channel and Nickelodeon and later in teen dramas however the actor gained recognition in The Carrie Diaries and The Shannara Chronicles. He was also got recognized for his role in the 2018 revival of Iceman Cometh and in 2019 Once upon a time in Hollywood.

The handsome hunk of 2022 has much talked about previous relationships including some leading ladies of the entertainment world. The actor was in a long relationship of approximately 9 years with actress Venessa Hudgens who was famous for his fascinating love life. As per the sources, the couple’s long-distance relationship and communication gap is likely the reason for their separation. According to different sources, later on, it was revealed that Venessa on her break up with Austin thought that it was just a little break and they came back together but unfortunately Austin had ended it permanently. 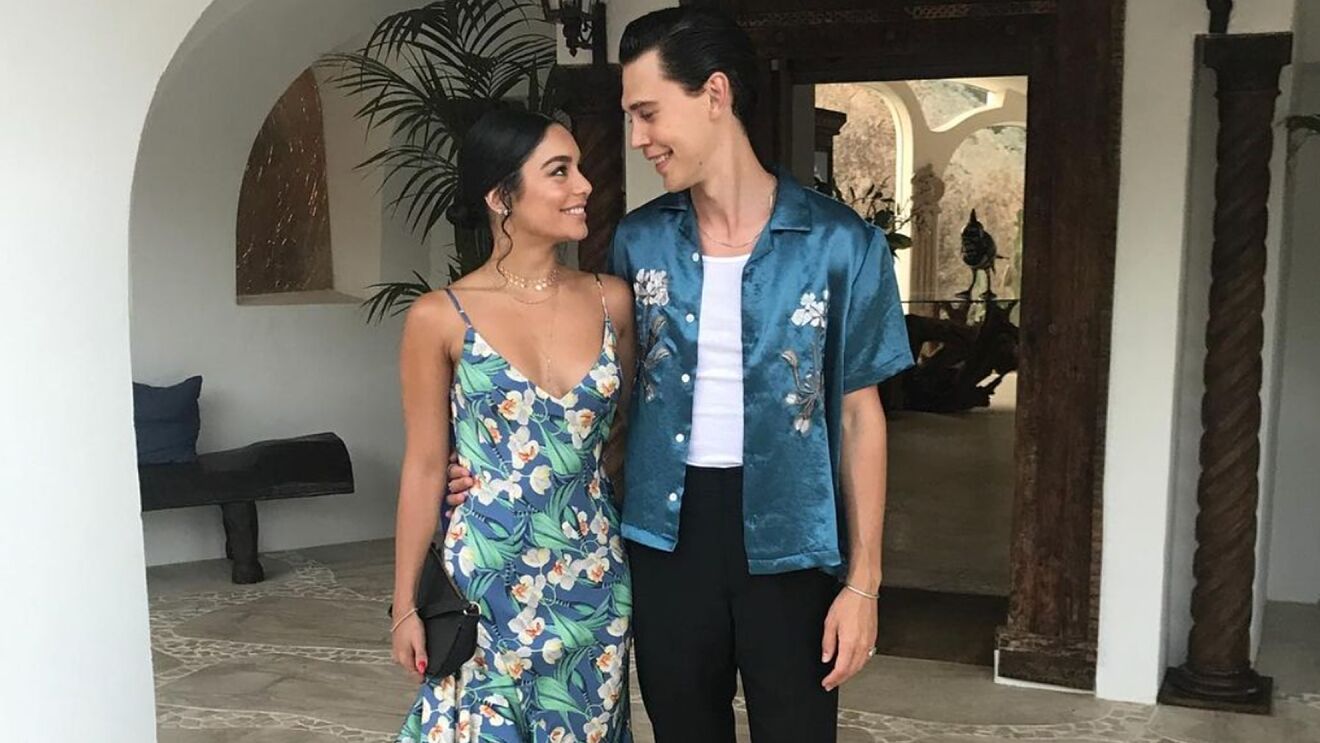 Austin also sparks dating rumors with his Elvis costar Olivia De Jonge but the two of them never officially admitted.

In Aug 2021 Austin was seen passionately kissing Lily-Rose Depp on a dinner date however their relationship did not last long and the couple moved on in their respective lives just a few months later.

Who Is Austin Butler’s New Girlfriend Kaia Gerber? Things To Know About Her

Kaia Jordan Gerber, model, and actress was born on Sep 3 2001 in Los Angeles, California. She is recently making headlines for her newfound love with actor Austin Butler. The couple seems to be the hottest couple of the season and people are curious to know about their dating life. In spite of the age difference between the two, the couple is one of the favorite couples of 2022. Kaia started her modeling career at the New York Calvin Klien Spring/Summer 2018 fashion week. She became the first model born in the 2000s to achieve the Big Four of Vogue Covers. As an Actress, she is known for her roles in American Horror stories and Bottoms.

Gerber was previously in a relationship with American Comedian Pete Davidson for a very short period of time. In Oct 2020 she started dating Australian Actor Jacob Elordi. After one year they broke up with each other and Gebber soon began dating Austin Butler.

The net worth of Austin Butler

The actor with his auspicious career has built a huge Net Worth of approximately $5 million.

Net Worth of Kaia Gerber

As per the sources, Kaia’s Net Worth is estimated to be $ 15 million which is largely brought by her successful modelling career as well as her acting career. She at the early age of 13 started modelling.