Damar Hamlin, the Buffalo Bills safety who fell and experienced a heart attack during a game on Monday, is remains in critical condition after exhibiting “signs of improvement” on Tuesday and overnight.

According to the organisation, Hamlin is still receiving care at the University of Cincinnati Medical Center’s intensive care unit. After passing out during the first quarter of a nationally broadcast game against the Cincinnati Bengals, he was taken to the hospital.

Damar Hamlin had been in a tackle prior to his collapse and appeared to have taken a blow to the chest during the action. He stood up for a moment before collapsing to the ground and receiving on-site medical attention. The team asserts that Hamlin got CPR and had his heartbeat restored before being evacuated from the field in an ambulance.

The incident’s exact cause was not disclosed by the league on Wednesday, but Dr. Allen Sills, the organization’s chief medical officer, said a condition known as commotio cordis “certainly is possible.”. “.

In commotio cordis, which is Latin for “agitation of the heart,” a sudden blow to the chest has an impact on the heart’s electrical system and results in an arrhythmia and cardiac arrest. 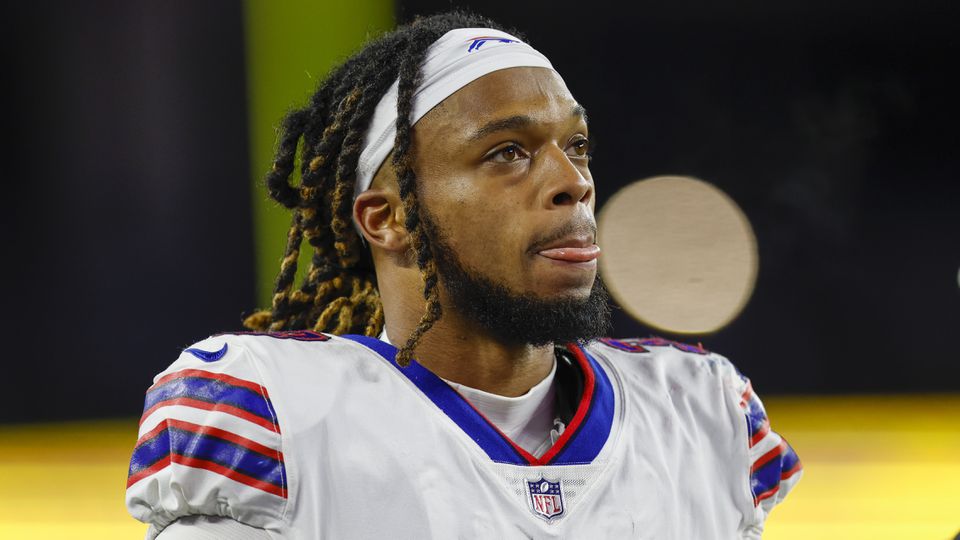 Many of the symptoms of a commotio event were present on Monday night, according to experts who have studied the phenomenon. However, they have cautioned that the condition is in part defined by the absence of any underlying diseases, which can only be ruled out through further hospital testing.

To fully comprehend that, a lot more research is still necessary, according to Sills.

The emergency action plan, which every club must have according to league rules, was allegedly successfully implemented on the Cincinnati field on Wednesday, saving Hamlin from a tragic death.

The quick action and skill of all of these gifted caregivers at that time prevented a very tragic outcome, Sills said. “It’s definitely not exaggerating to say that,” she added. “Events like this should never happen, in our opinion. But if a medical emergency did arise, there was unquestionably the right team, with the appropriate tools and training, ready to offer assistance. ” .

When Hamlin was injured, the game was stopped while a dramatic scene played out on the field, with players witnessing one of their teammates receive life-saving medical attention. While some players appeared to be having difficulty processing the situation, others appeared to be crying. While Bills players gathered and prayed, opponents hugged one another.

Eventually, both teams made their way to their respective locker rooms. The game was put on hold a little more than an hour after the incident. It is unknown if or when the game will resume after the NFL announced on Tuesday that it won’t “this week.”.

But as of right now, the game has not been abandoned. Numerous options are still on the table, according to Jeff Miller, executive vice president of communications, public affairs, and policy for the NFL. Discussions with commissioner Roger Goodell about what to do are still in progress, he said.

Among them could be postponing the Bills-Bengals game, which would have significant playoff repercussions given that both groups are vying with the Kansas City Chiefs for the No. 1 seed in the AFC and a bye in the first round. Rearranging the schedule to allow for a make-up date is an additional option. With an extra week in between the conference finals and the Super Bowl, the NFL has some flexibility in its playoff schedule.