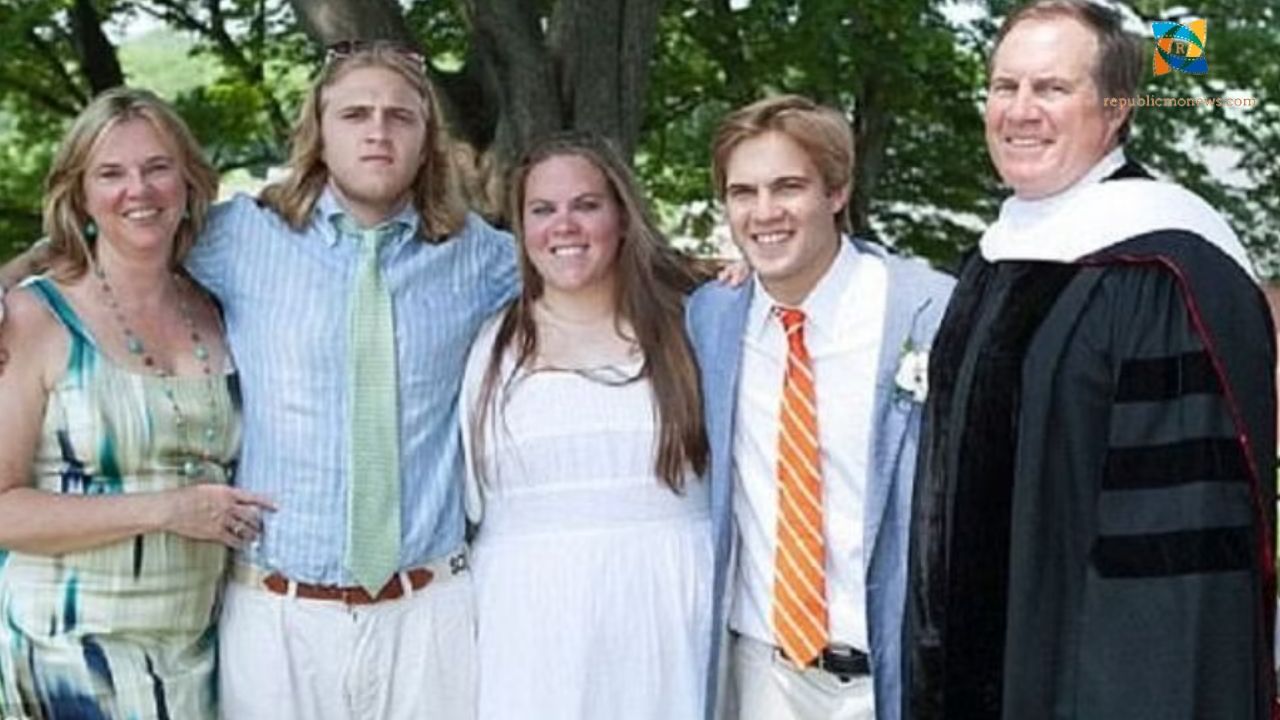 Bill Belichick is generally acknowledged as one of the best coaches in National Football League history. He has three NFL Coach of the Year accolades, and eight Super Bowl rings in his career, two as a defensive coordinator and six as a head coach. The 69-year-old strategist is the New England Patriots’ head coach and has been with the organisation for 22 years. We’re not talking about it in this post; we’re talking about Bill Belichick’s girlfriend, Linda Holliday.

Who is Bill Belichick?

William Stephen Belichick, an American professional football coach in the National Football League (NFL), is the New England Patriots’ head coach. Belichick, regarded as one of the finest coaches in NFL history, is known to have enormous power over the Patriots’ football operations, which is why he also serves as the team’s general manager. As the Patriot’s head coach, he won six Super Bowls, seven AFC East division crowns, and 13 appearances in the AFC Championship Game. In contrast, as the New York Giants’ defensive coordinator, he won two more, giving him eight Super Bowl titles.

Who is Bill Belichick’s Wife?

Debby Clarke is Bill Belichick’s ex-wife. She was born in Nashville, Tennessee, in 1955. Debby was always interested in design as a child. She is now a businesswoman who rose to notoriety following her marriage to Belichick. She attended Wesleyan University after graduating from high school. That’s where she met Bill, a college football player who also played lacrosse. Debby is of white ancestry and American nationality. She is one of The Art of Tile & Stone co-founders in Wellesley, Massachusetts. Debby and her friend Paige Yates founded the tile store.

Bill and Debby had three children from their marriage: Amanda, a girl, and Stephen and Brian, both boys. Amanda is the oldest of their children. She, like her parents, attended Wesleyan University and played collegiate lacrosse. The daughter is similar to her father. She then worked in the admissions department of the Rosemary Hall preparatory school while also coaching lacrosse there. Following that, she worked as an assistant coach for the Amherst women’s lacrosse team at the University of Massachusetts in 2009, then for the Ohio State Buckeyes in 2010. She was named head coach at Holy Cross College in Massachusetts in 2015.

Who is Debby Clarke?

She founded The Art of Tile & Stone, an art and tile enterprise. Initially, the store gained popularity on the internet. The company is currently busy in Massachusetts and has a sizable customer base. They met while attending Wesleyan University. They grew close and began a relationship after college. In 1977, the couple married. However, they separated in the summer of 2006 when Belichick was accused of having an affair with former Giants receptionist Sharon Shenocca. According to rumours, they split up before the 2004 season.

According to several sources, Debby Clarke was born in 1955, making her 65 years old. She stands 5 feet 5 inches tall. Debby Clarke’s net worth is believed to be more than $3 million. This includes her earnings as a successful entrepreneur and her relationship with and divorce from Bill Belichick, who has a net worth of $35 million. Debby is of white ancestry and American nationality. Stephen, Bill and Debby’s son, attended Rutgers University on a football and lacrosse scholarship. In 2016, he was elevated to safety coach after working under his father.