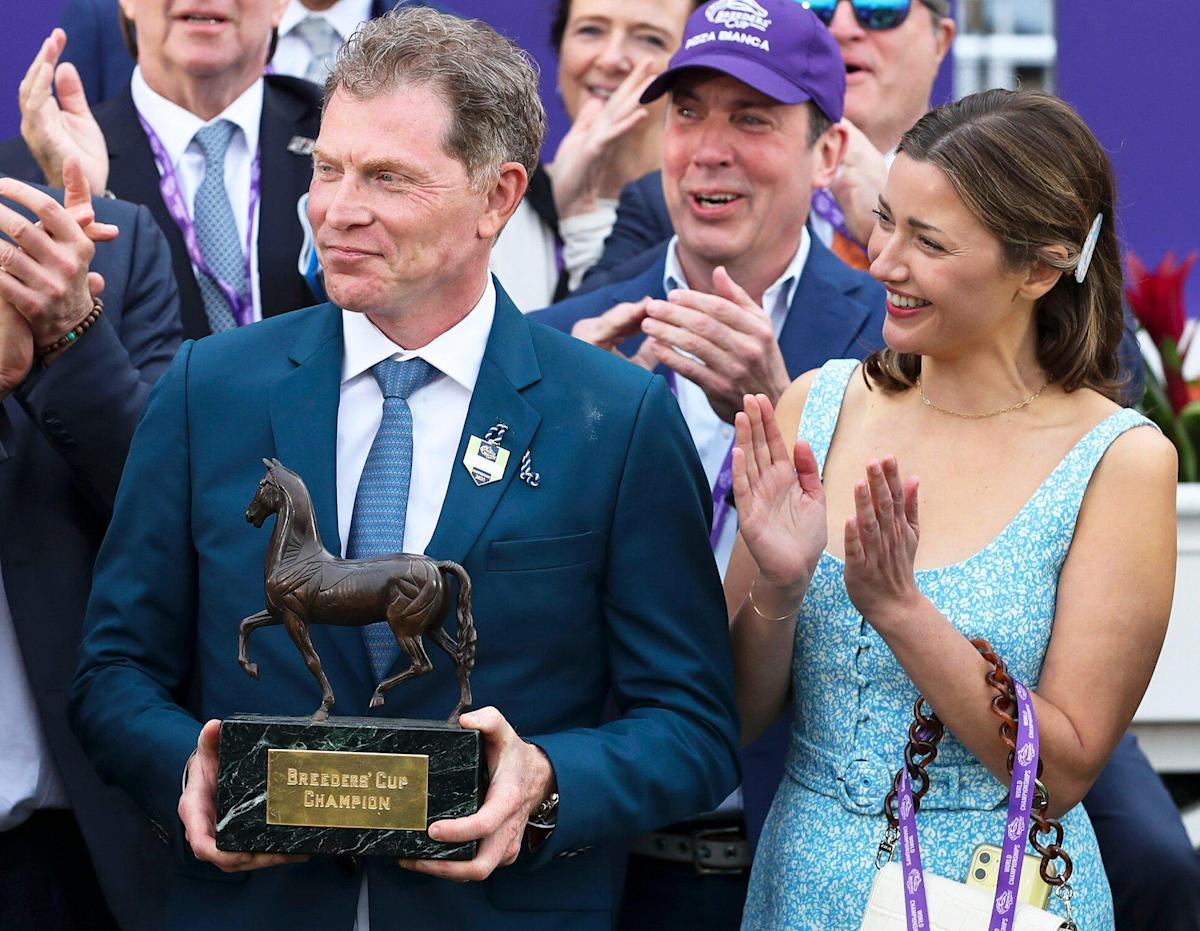 Bobby Flay has always been in the limelight for his complex love life. The chef previously had three marriages and is making headlines for his recent dating affairs with girlfriend Christina Perez who is a senior content and creative director at Miss Grass Company. They as a couple made their first public appearance at the 2021 Breeders Cup World Championship. In this Championship Bobby’s horse, Pizza Bianca took first place and he got $ 520000 in the Juvenile Fillies Turf. Despite the rumors of being in a relationship with Christina, he in his show in February said that he was single after his last relationship in 2019 with Helene Yorke. But for now, the couple on their Instagram posts shared pictures of each other frequently. 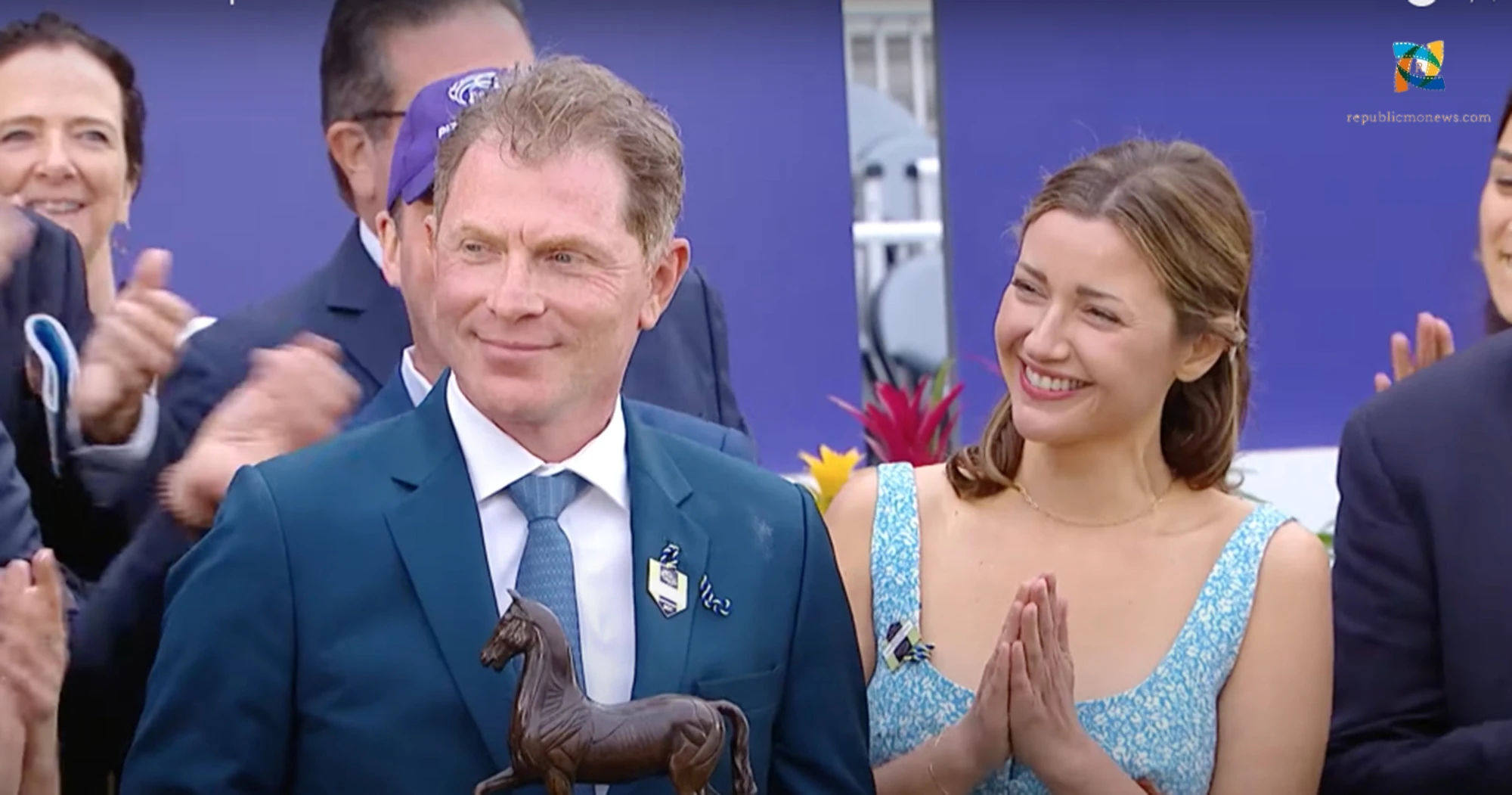 Interesting Details About her Girlfriend Christina

Christina is a 40 years aged woman who is a content writer and previously worked for the company Miss Grass, a company that sells THC and CBD products. Perez has studied fashion illustration and design at New York City’s Fashion Institute of Technology. As a freelancer, she has written for various brands including Vogue, Conde Nest, GQ, Architectural Digest, Glamour, and many more. She also enrolls in various TV programs as a host. She had also tried her hands at Modeling and walked for various famous brands. Her fashion sense is unique.

Flay’s Relationship with her Girlfriend Christina

Flay once in his show said that he is learning to make some delicious vegetarian food as his girlfriend is a hardcore vegetarian. At that time it was not known whom he was talking about but it is clear now that it was for Christina. They as a couple seem to be hot and spicy. Christina also shares a nice bond with Flay’s daughter Sofie. Bobby in his interview once also told that it is very important for him that his girlfriend and his daughter have a good connection.

Christina also can’t stop herself from gushing when talked about Flay. She describes Flay as a “very smart, sweet, and a very lucky person.”

Flay’s Previous Relations at a Glance 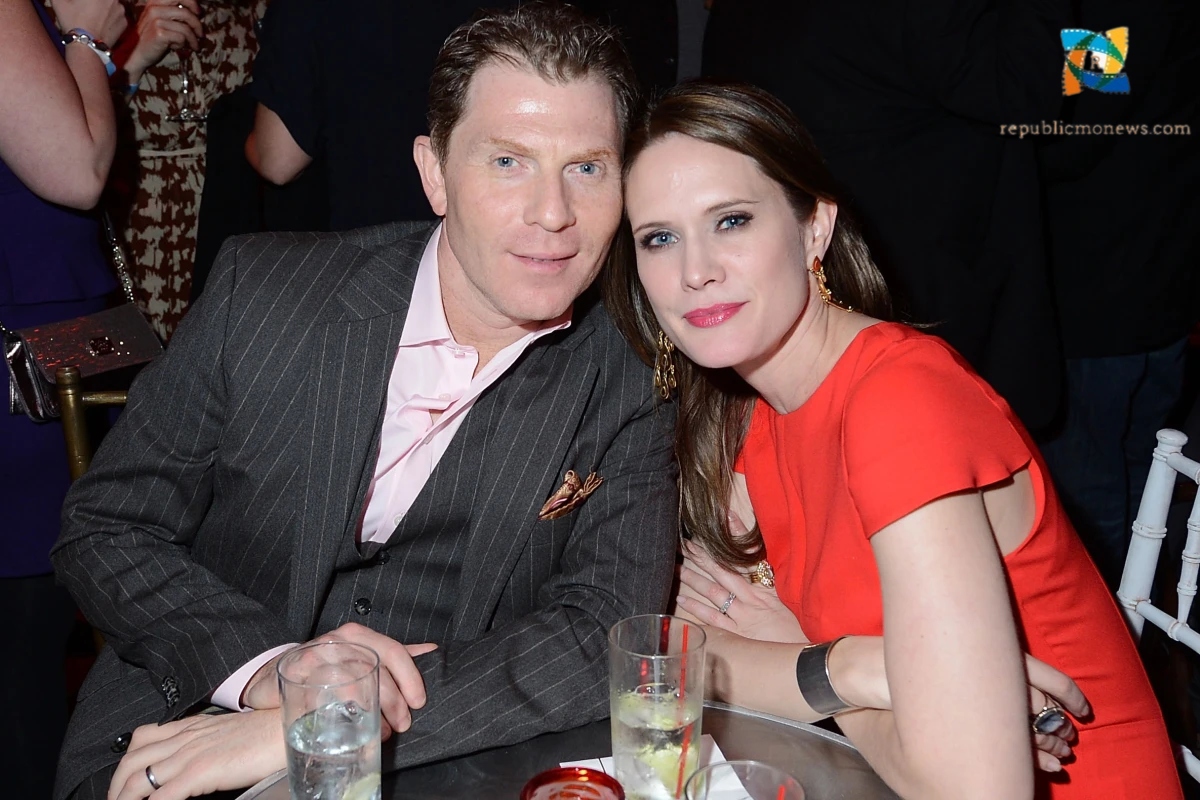 Flay is always in limelight for his multiple relations. He has so far married and divorced three times. From 1991 to 1993 he married his fellow chef companion Debra Ponzek and then from 1995 to 1998 to Kate Connelly whom he shares a daughter named Sofie. So far his longest relationship is with his third wife Stephanie March who is an actress. He was with her from 2005 to 2015 which is almost a decade.

After his failed marriages he was in a serious relationship with Helene Yorke till 2019.

Bobby Flay originally named Robert William Flay was born on December 10, 1964, in New York City US. He is a chef, restaurateur, and television personality. Flay is best known for his appearances on Food Network whom he was in collaborated for more than 25 years. Flay as a successful restauranteur has opened many restaurants. He is a world-renowned chef and has many awards in his pocket. Apparently, his personal life is not stable as his professional life. He so far married and divorced three times.

As a famous chef, restaurateur, television personality, radio host, and author he has been able to build a huge net worth. Flay today is considered among the richest and most famous chefs all over the world. He is among the favorite personality to appear on Food Network. Flair with his hard work and dedication has built a net worth of $ 60 million USD as of 2022. He is living a life full of luxury and comfort. Today he is the owner of various restaurants.