Aryeh Shechopek, 16, of Jerusalem, was Laid to Rest. 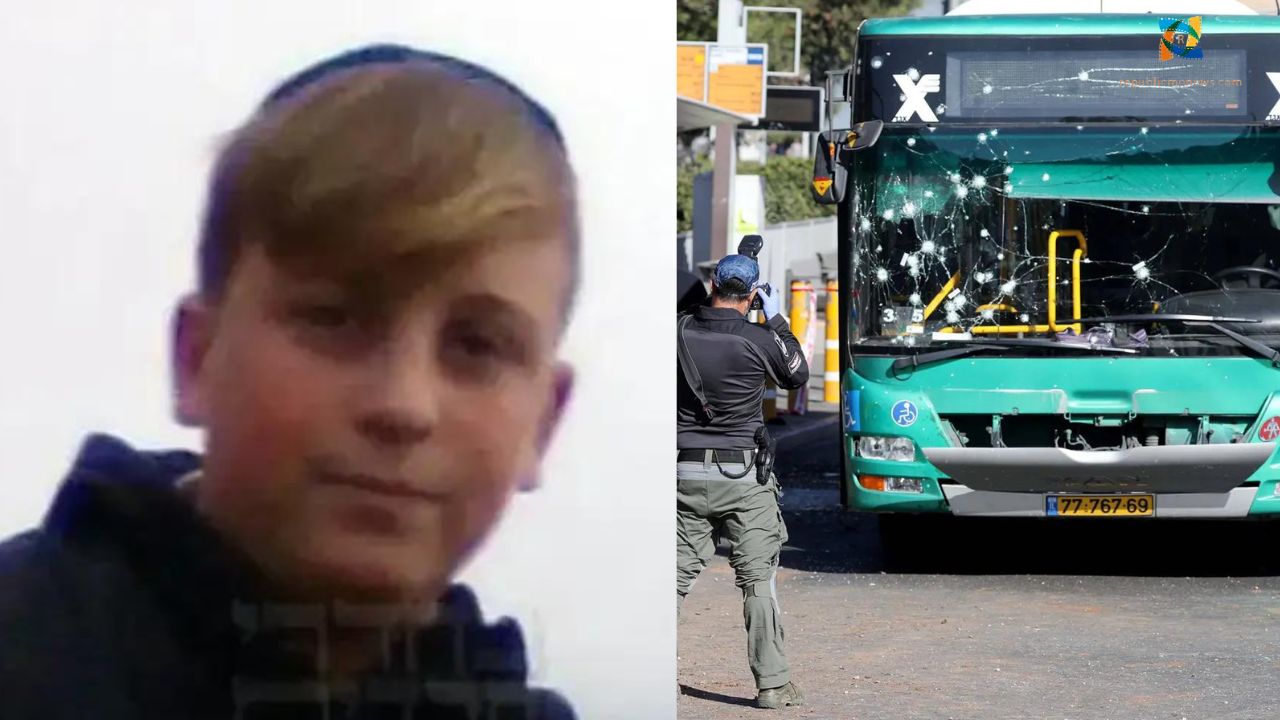 Two explosions at bus stations on Jerusalem’s outskirts killed one person. Health officials said they injured at least 14 people on Wednesday in what Israeli police described as a Palestinian militant strike.

Hundreds of people attended the burial of Aryeh Shechopek, a 16-year-old Canadian-Israeli resident of Har Nof who was murdered in the Jerusalem bombing early Wednesday morning. He was on his way to yeshiva and waiting for the school bus when a Palestinian terrorist planted a bomb, killing him and injuring 18 others. The school’s principal where Shechopek studied, Rabbi Naftali Schreiber, eulogised him during his burial. I congratulated a student in Aryeh’s class a year ago. I never imagined I’d be applauding another kid in the same category.

‘I value Every Time He was with Us,’ Aryeh’s Father Says.

Moshe, Shechopek’s father, also eulogised him, saying, “I want to say farewell to my son Aryeh.” I apologise to you. God both gave and took away. He was a young man who taught us a valuable lesson. I cherish every time he spent with us as a youngster in our family. Thank you to everyone who attended.

Reactions to the Bombs in Jerusalem:

According to Prime Minister Yair Lapid, a Jewish youngster who did nothing wrong in the world was murdered because he was Jewish. A massive intelligence operation is already underway, intending to identify the horrible terrorists who are behind them and who supplied them with weapons. I want to assure Israeli citizens that we will reach them. They can flee and hide, but it will not help. They will be apprehended by security personnel. It will be defeated if they resist. If not, we will use the full force of the law against them. On Wednesday afternoon, Netanyahu paid a visit to numerous injured persons at Shaare Zedek Medical Center. At the end of his visit, he told the reporters, “I believe I speak for the majority of the people of Israel, who are all praying for the complete recovery of the injured.” We are combating brutal terror, which is on the increase once again, and we will do all possible to restore total security to all Israelis.

Terrorism has been on the rise in Israel in recent months. However, until today, the attacks have primarily occurred in the West Bank and have been carried out by Palestinians armed with assault weapons or knives. Last week, three Israelis were slain in a stabbing rampage near Ariel’s community in the West Bank’s Shomron district. Also, last week, a vehicle detonated near an IDF station near the West Bank town of Mevo Dotan. The car, which had three gas cylinders and wires, is thought to have exploded during a botched car bombing. The Shin Bet said it had foiled more than 330 significant assaults in the previous year, including 34 bombs and two suicide bombings.

Read Also – What Happened To Chris Dailey? Know More About The Incident