Check Out The Highlights of USA Vs Wales World Cup 2022 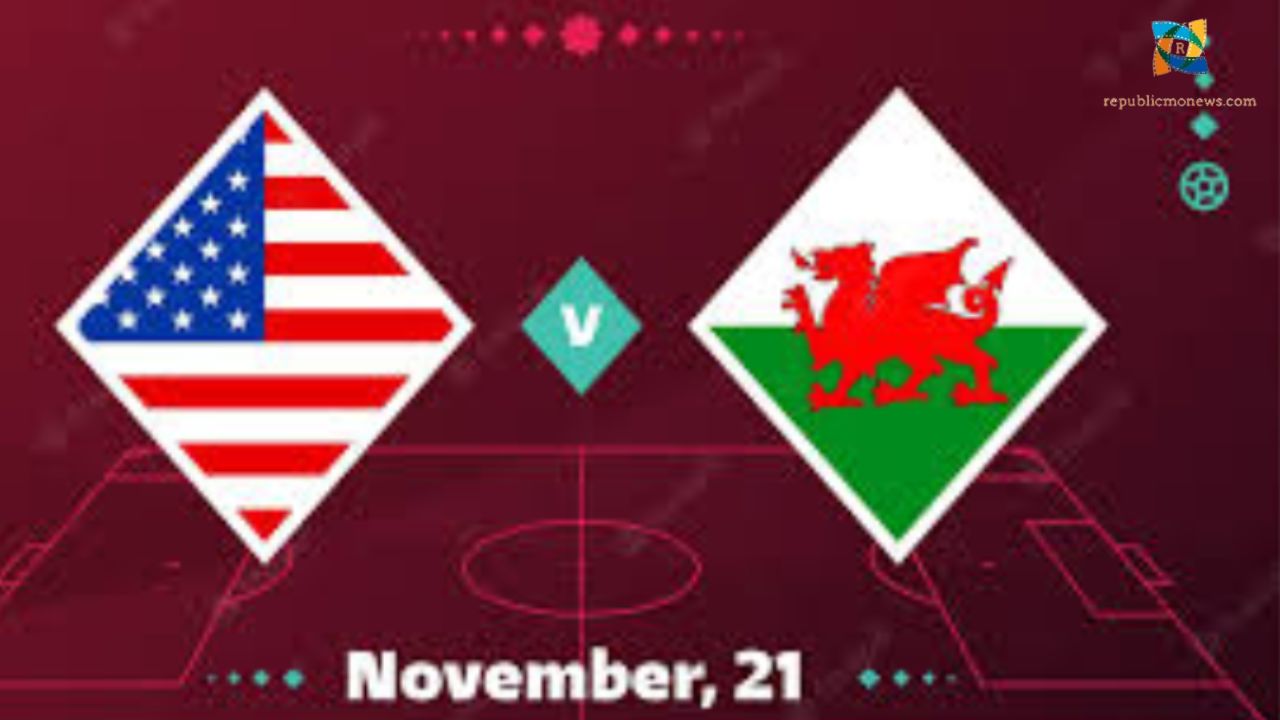 Highlights from the USA vs Wales FIFA World Cup 2022 match: Gareth Bale equalised to help Wales hold the United States to a 1-1 tie. Highlights from the FIFA World Cup 2022 Group B encounter between the United States and Wales at Qatar’s Al Rayyan Stadium. After a foul by Wales defender Christian Pulisic got a free kick, sending the USA fans to their feet. The USMNT was on the verge of taking the lead immediately away. Sergio Dest and Weston McKennie of the United States were shown back-to-back yellow cards at the 11- and 13-minute marks. The game was scoreless at the half-hour mark, but it wasn’t for lack of effort on either side.

Wales drew 1-1 with the United States in their FIFA World Cup 2022 Group B match at the Al Rayyan Stadium in Qatar. In the first half, Christian Pulisic assisted Timothy Weah (36′) in giving the United States the lead. Wales, though, retained their composure to equalise in the 82nd minute when Captain Gareth Bale struck a penalty. Wales was also making their first World Cup appearance since their debut in 1958. Meanwhile, the United States returned after missing Russia in 2018.

Continued With USA Vs Wales:

The 2022 FIFA World Cup continued on Monday with a 1-1 tie between the United States, as both teams earned one point in Group B. In other news, England began Monday’s action with a 6-2 triumph over Iran to gain Group B, followed by the Netherlands’ 2-0 victory over Senegal to earn three points in Group A. This game, as well as every other match in the tournament, can be seen on the FOX Sports family of networks — the event’s official English-language broadcast partner and FOX Sports app and FOXSports.com. Full-match replays are also available for free on Tubi.

Coach Gregg Berhalter’s club is youthful and hungry for a win, led by captain Tyler Adams. With an average age of 24, the United States is tied with Ecuador for the second-youngest team trailing only Ghana. The roster is notably young, with five forwards in the offensive line aged 22 or younger. Furthermore, Yunus Musah (19) became the first youngster to start a World Cup match for the United States Men’s National Team. The USMNT, on a revenge trip after failing to qualify for the 2018 World Cup since 1986, was greeted at Ahmed bin Ali Stadium before the action began.

To Pulisic’s chagrin, Wales defender Chris Mepham fouled him but did not receive a yellow card. Karma was on the Americans’ side, as Tim Weah, a 22-year-old winger, promptly blasted one into the net in the 36th minute, giving the US its first goal in eight years. The son of Liberian President George Weah and the 1995 FIFA World Player of the Year is the first American to play against Wales in a World Cup since a 17-year-old Pelé in 1958.

Read Also – Cowboys vs Vikings, Cowboys Made Their Day With Trophy