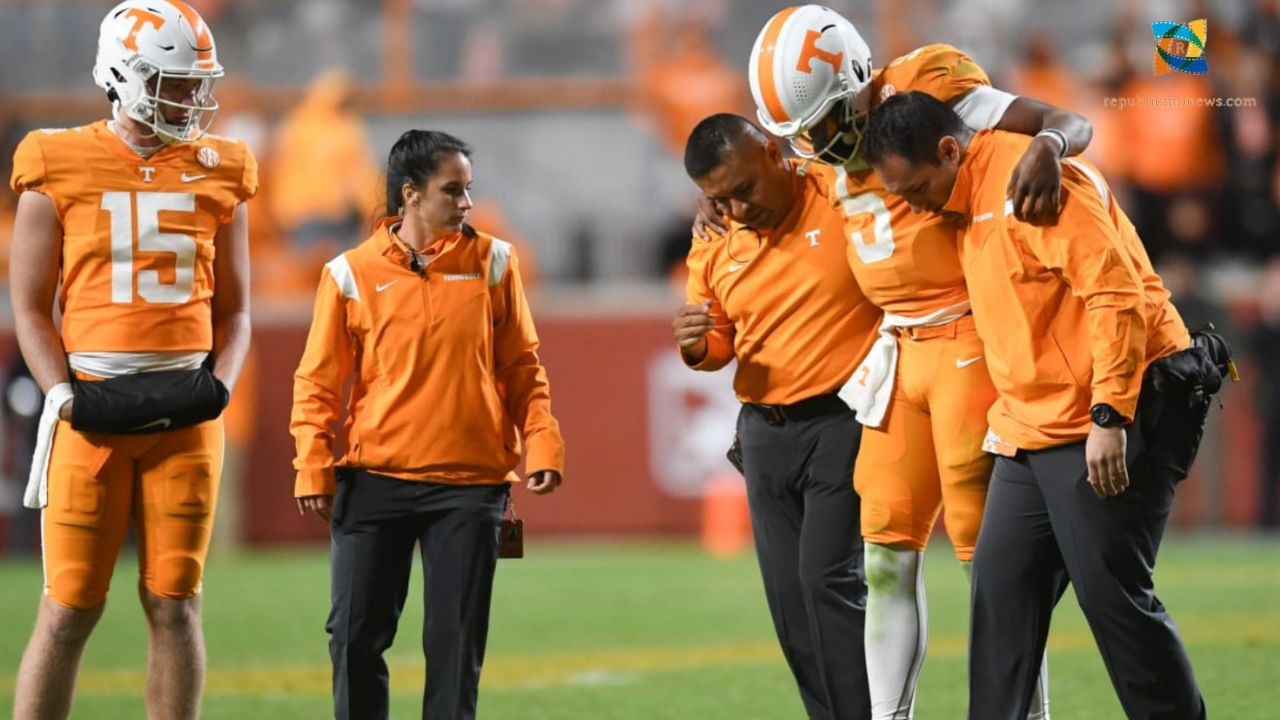 Hendon Hooker was forced to leave yesterday night’s game due to a non-contact injury. Tennessee issued an update on him moments ago, stating that he will miss the rest of the season. Hooker enjoyed a spectacular career with the Vols, scoring 68 touchdowns and throwing only five interceptions. Hooker became the first Tennessee quarterback in 15 years to defeat Alabama, and he is still expected to finish in the top five in Heisman voting. Hooker set the path for a considerably faster turnaround than predicted on Rocky Top.

“It was certainly one of the worst things stated Jerome Carvin following the game. “Just to see how hard he works; he’s arguably the hardest-working player I’ve ever seen or played with.” It’s awful that this happened to him. But if I know anything, it’s that he’ll recover quickly. He’s a warrior. Therefore, I’m sure he will. I didn’t get to chat with him, but I adore that kid.” For the rest of the season, Tennessee will rely on Joe Milton.

Hendon Hooker Got injured During a Game:

The sight of star Hendon Hooker crumpling to the field after suffering a non-contact left knee injury in the tarnished Tennessee’s dismal loss to South Carolina on Saturday night. Hooker, a key member in Tennessee’s comeback under Josh Heupel, suffered a ruptured ACL, the Vols confirmed on Sunday evening after further evaluation. Hooker, a super senior who came to Tennessee from Virginia Tech following the 2020 season, has had a brief but spectacular career with the Vols.

Hooker, one of the top Heisman Trophy candidates in contention to be a finalist next month, was running to his left on a speed-option play with Tennessee losing 49-31 early in the fourth quarter. As he grew his left leg, the turf gave way, and his knee buckled. In obvious pain, he let go of the football and grasped his knee. Hooker headed to the locker room after striding off the field and into the medical tent.

At What Part Of the Play Did Hendon Hooker In Before His Injury?

Hooker was in the midst of an All-American season when he got injured. He helped Tennessee win its eight games and climb to the College Football Playoff standings. That run included a huge upset over Alabama at Neyland Stadium, which catapulted Hooker into the Heisman Trophy debate. Tennessee has since lost two of its previous three games, but it was still in the CFP debate before Saturday night’s loss. Hooker has passed for 3,135 yards with only two interceptions this season. On the ground, he has 430 yards and five touchdowns.