'R.I.P.D. 2: Rise of the Damned Review and Ending Explained? 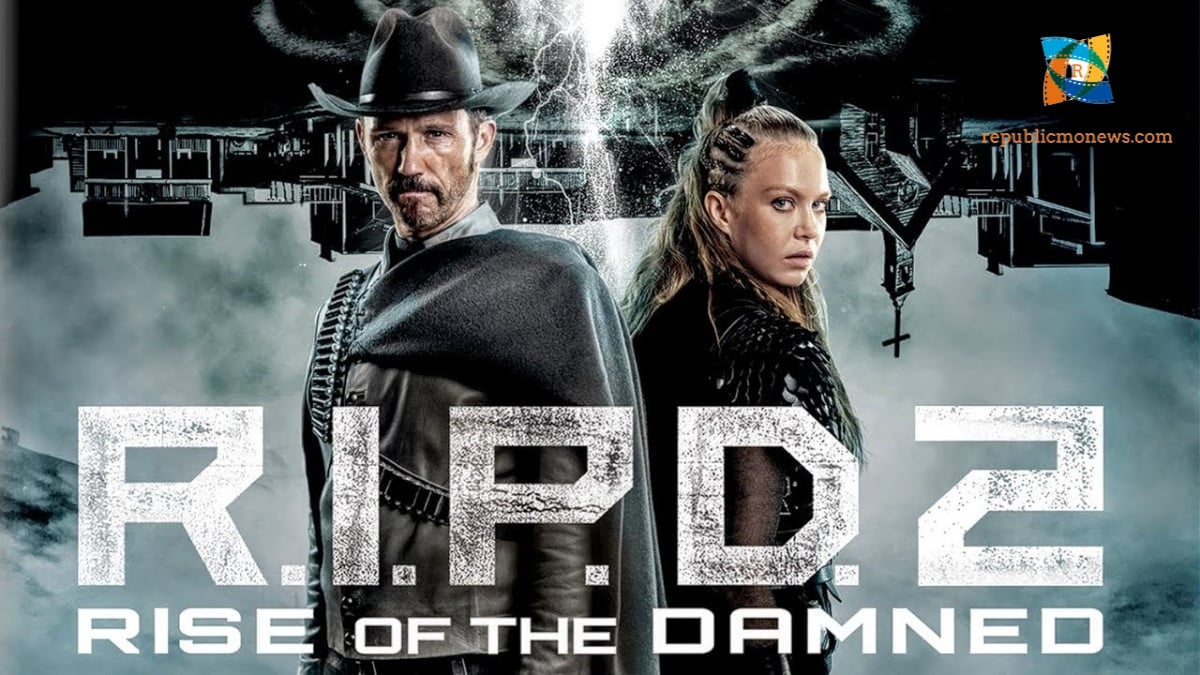 Hello, Readers! Paul Leyden is the director of the movie R.I.P.D 2: Rise of the Damned, which features Jeffrey Donovan, Penelope Mitchell, and Richard Brake. In the movie, Sheriff Roy Pulsipher finds out that an ancient monster is plotting to take over the world when he passes away just before his daughter’s wedding.

Now that Roy is a member of the R.I.P.D., a celestial organization that specializes in fighting demons, he must learn how to use weapons and cooperate with others in this new phase of his existence.

The movie is both a prequel and a sequel to 2013 original, explaining how Roy got to be a member of the R.I.P.D. in the first place. The picture attempts to follow the pattern, including the comedic moments, that has made all Marvel films successful, but it lacks the funding necessary to be a visually appealing feast, and the script is also very poor. R.I.P.D. 2: Rise of the Damned isn’t the best movie to watch this week without those two components and terrible jokes that fall flat at every minute.

Otis, a mystery man excavating in an unidentified location, is first introduced at the beginning of the movie. He keeps digging, clearly seeking anything besides avarice. Otis thinks he has discovered a treasure in an ancient vein, but what he discovers is a portal to hell.

A doorway appears, and a sinister shadow emerges from it to enter Otis’ body. As it becomes apparent that Otis was under the control of a demon, a very dangerous one at that, the man there once was is no longer there.

Sheriff Roy Pulsipher, our protagonist, is later introduced to us. The man is conceited, unyielding, and more. He loves his daughter dearly, though, and the residents of his village appreciate him.

A group known as The Samuels attacks the train as he gets his daughter and his future husband, and a firefight follows. Although Roy is an expert with the weapon, for some inexplicable reason he is unable to harm any of the attackers. Roy is shot behind his back during the gunfight, and as a result, he is taken to paradise.

Roy is greeted by an angel from the R.I.P.D., commonly referred to as the Rest In Peace Department when he arrives in heaven. Sending the demons back to their dread prison in hell is their goal to maintain peace on Earth.

Only the best warriors are admitted to the group, the angel explains. But Roy desires to return and get retribution on the Samuels for having him dead. He is assigned a job and sent back to Earth, where he meets his new coworker, Jeanne. She has a sharp sword and doesn’t get along with Roy very well.

Roy cannot go back to his prior life, according to Jeanne. They won’t comprehend him if he tries to talk to a loved one. She also demonstrates to him that they are now inhabiting various human bodies.

They inhabit the forms of two black women who work as bounty hunters. Roy acknowledges that although he has no bias towards persons of color, being in a body like this will make it more difficult for them to get by. When Roy learns that Angus, the fiancé of his daughter, has been abducted, he decides to go rescue him. 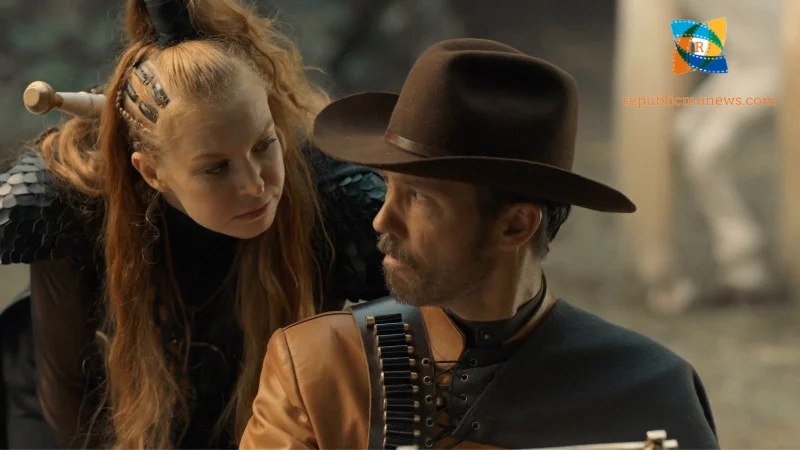 What Is Otis Doing with Everybody He Held captive?

We discover that Otis was responsible for the Samuels’ assault. He has been assembling a demon army and is prepared to carry out a rite that will let loose even more demons upon Earth.

He wants human beings’ bodies to act as containers for the demonic forces that are ascending from hell. In the incident, we see that Angus is making an effort to assist others, proving that he is not as much of a coward as Roy believed.

Meanwhile, Slim the demon is captured by Roy and Jeanne after they engage him with gunfire. Slim claims he merely wants to be decent and live honorably, not that he wants to return to hell. Naturally, Roy doesn’t believe him, and they torture him all the way to Red Creek, where Otis and the abducted individuals are reportedly hiding out.

An intense shootout results from Roy and Jeanne attacking the mine where the kidnapped hostages are imprisoned. Roy and Jeanne have unique weapons that immediately dispatch the monsters. Even the seasoned Jeanne is having difficulty because the struggle is not simple. It is made clear that Jeanne is the fabled Joan of

She exterminates all the demons with the strength of her relic, magic tears, but Otis manages to survive and confront them, exposing himself as Astaroth. Roy utilizes the last of his tears with his final weapon as he and Joan battle the demon. returning Astaroth to hell

The abducted individuals were freed, and Slim even showed that some demons merely desire to do good and enhance their own lives. Roy admits that while he is content to have Joan as a partner, all he wants is to visit his deceased wife in heaven. Roy learns from Joan that he can enter the afterlife but only after spending at least 100 years in the R.I.P.D. Roy curses the gods as the movie concludes.

Read Also – Where is TLC’s The Culpo Sisters Filmed?