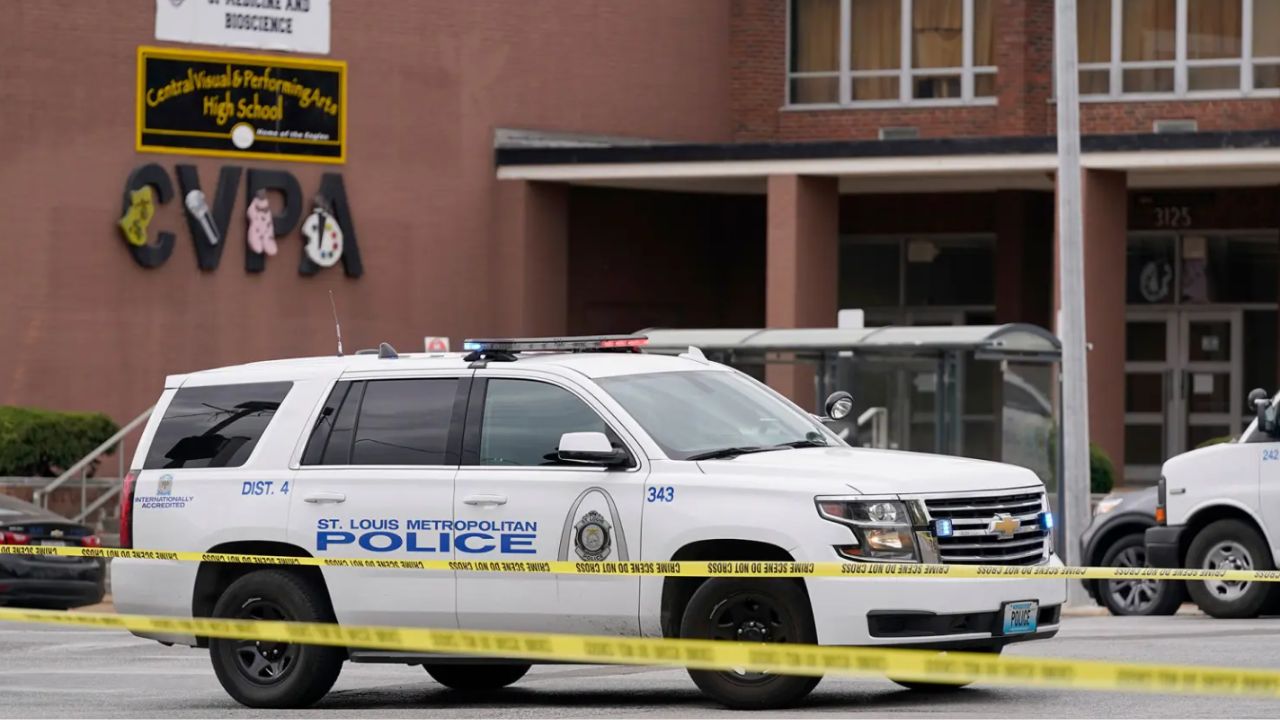 During a shootout, Harris was slain by St. Louis Metropolitan Police. Just hours after the incident at Central Visual & Performing Arts High, cops identified the teen. Alexis Bell, a 16-year-old student, was pronounced dead on the spot, while Jean Kuczk, a 61-year-old physical education teacher, died later at the hospital. Students can be seen hovering behind tables in a scary video posted to TikTok as deafening gunfire bursts can be heard outside the classroom. According to cops, Harris graduated from the school last year. It was unknown whether the shooter knew his victims as of Monday evening.

Who is the Shooter? : Orlando Harris

Harris graduated from CVPA last year, according to SLMPD. He does not appear to have a significant social media following. Police reported that Harris was armed with a dozen high-capacity magazines at the scene, in addition to the long gun. Harris is thought to have lived in a neighborhood in south St. Louis. According to News 4 Chief Investigative Reporter Lauren Trager, totes of evidence, including a computer, were seen being taken from the home by the FBI. A woman looked to be collaborating with FBI and ATF officials at the scene of the house. It’s unclear whether the woman is linked to Harris.

What Happened Actually at the incident?

Jean Kirk Kuczka, 61, was injured and later died in the hospital from her injuries. Alexandria Bell, according to family members, was the teen. She would have turned 16 on November 18th. Officers responding to the call shot and killed the shooter, who was later identified as 19-year-old Orlando Harris. Harris graduated from the school last year, according to investigators. Seven more people were transported to the hospital and are in stable condition. According to authorities, four of those hospitalized were shot. The three others who were taken to the hospital had abrasions or broken bones. They were all between the ages of 15 and 16 at the time.

What does the Police Investigation portray?

According to officials, it occurred around 9:10 a.m. Officers arrived just as students began to flee the building. The shooter, according to reports, was armed with a long rifle. Officers confronted the shooter and exchanged bullets, according to police. According to the School District website, Kuczka graduated from Lindbergh High School in 1979 and attended Southwest Missouri University. She began as a teacher at Seven Holy Founders in Affton, Missouri, before moving to the St. Louis Public School District in 2002.

What Happens After the Incident?

The evacuees were transported to Gateway STEM, 5101 McRee Ave. Police announced around 11 a.m. that the situation was secure and there was no current danger. According to the school district, counselors were on-site and available to students, staff, and their families. Dennis Jenkerson, chief of the St. Louis Fire Department, told News 4 that he heard the calls and hoped they were incorrect. He stated that the NYPD trains for school shootings but hopes they never have to use it. He also emphasized the responsibility of the police department. “The police department’s response was more than outstanding,” he remarked. “The work they did result in a dramatic ending.”

Missouri lawmakers issued statements in the hours following the incident. “Devastating news in St. Louis,” said Senator Josh Hawley in a statement. I appreciate the quick response from local law enforcement. My office communicates with local authorities, and we are prepared to provide all aid we can.” Senator Roy Blunt congratulated first responders in his statement, adding, “Tragic news from Performing Arts High School. Thank you to the law enforcement officers that responded swiftly.”