Teaser breakdown for "The Black Queen," episode 10 of House of the Dragon 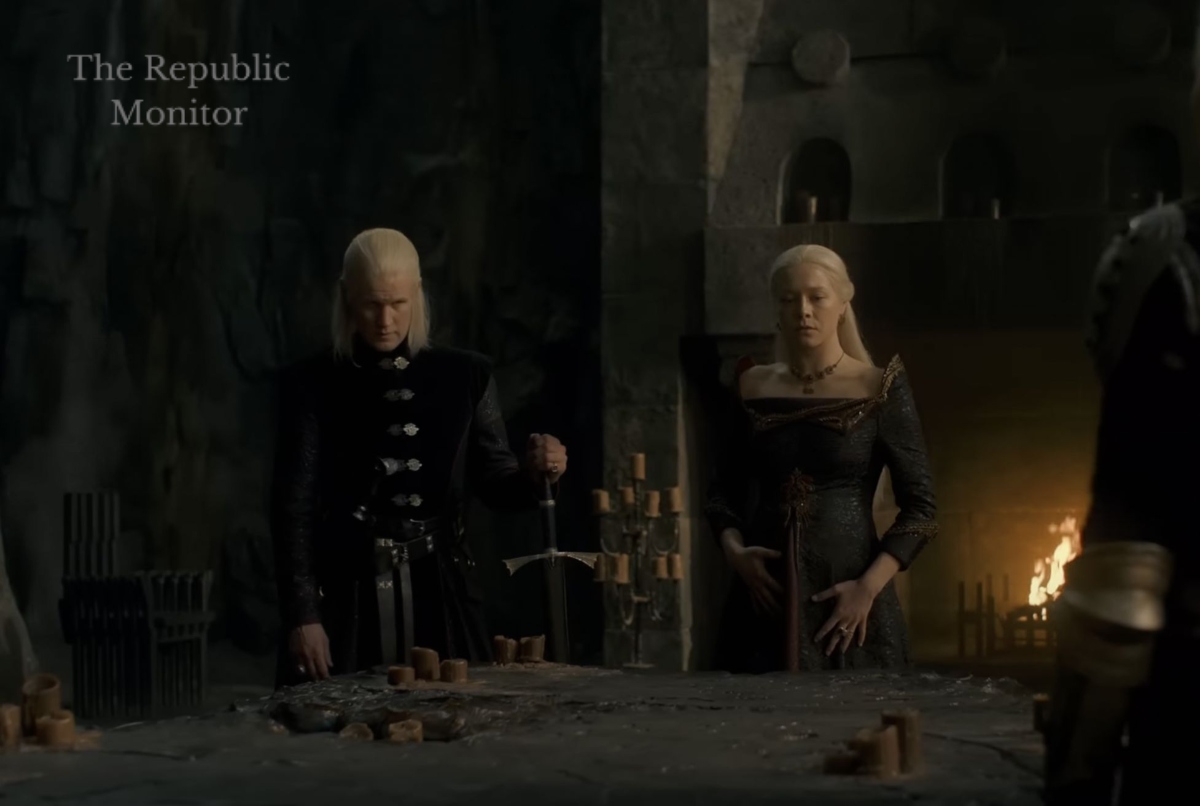 The House of the Dragon episode 10 trailer suggests a dramatic series finale detailing every potential subplot throughout season 1’s finish and even more. In fact, the whole of Episode 9 of House of the Dragon, which occurred before King Vinery’s death, was set inside the walled walls of Kings Meadow.

The entire emphasis of “The Green Council,” the concluding chapter of series 1, is on Alicent, Otto, and their allies in Kings Landing acknowledging Aegon as the true heir to an Iron Throne instead of Rhaenyra.

Obviously, the black faction of Rhaenyra and Daemon will take issue with this since House of the Dragon episode 10 threatens retaliation for the greens’ actions. The Castle of the Dragon season 1 finale trailer draws a lot of assumptions about how the movie’s plot will continue and how more passages from the Game of Thrones spinoff book Fire & Blood will be included.

Here are all the hints for House of the Dragon episode 10 from the teaser, beginning with the start of the blacks’ plots for vengeance and concluding with dragon taming.

Princess Rhaenys Targaryen was able to escape the hands of the greens in the final moments of House of the Dragon episode 9. Rhaenys was put behind home arrest until she swore fealty to Aegon soon after Viserys passed away. She was able to get away to a Dragon Pit, nevertheless, due to Ser Erryk Cargyll’s aid. She interrupted the crowning of Aegon there on her dragon, Medleys, and afterward flew off from Kings Landing. The House of a Dragon episode 10 trailer implies that the upcoming series will pick up right afterward, with Rhaenys in Dragonstone, the seat of House Targaryen, informing Rhaenyra and Daemon about greens’ impending throne takeover.

Blacks get ready for the Civil War:

There are preparations for defending Rhaenyra, her kids, and their claim to the Iron Throne. The daemon can be heard saying that Rhaenyra cannot bow well before HighTower and that they stole her inheritance in a voiceover.

During episode 10 of Household of the Dragon, Rhaenys additionally adds, “The men gathered from all around Painted Table in Dragonstone are urging Rhaenyra to wage a war against green, as well as particular members of her cabinet have advised her to lay waste to a Red Keep near Kings Meadow.”

This is accompanied by the vision of swords as well as other weapons being stocked up, indicating further than a question that the black people are prepared for the battle called as that of the Dance of Dragons.

Aemond pulls off his eye mask. Why?

Aemond Targaryen, the son of Alicent and Viserys, may be seen taking away his eye mask in the House of the Dragon episode 10 teaser. He lost his eye in episode 7, but we have not since seen him. .This alludes to a major plot point in Fire & Blood, which is also referred to in other trailer images.

He and Lucerys Velaryon represent the greens and the blacks. However, they are sent to Storm’s End to gain House Baratheon’s support in Fire & Blood. This will likely appear in House of the Dragon episode 10, with Aemond pulling off his eye mask to explain what he did to Lucy.