Is Prince Aegon Married? Facts about the House of Dragon Series 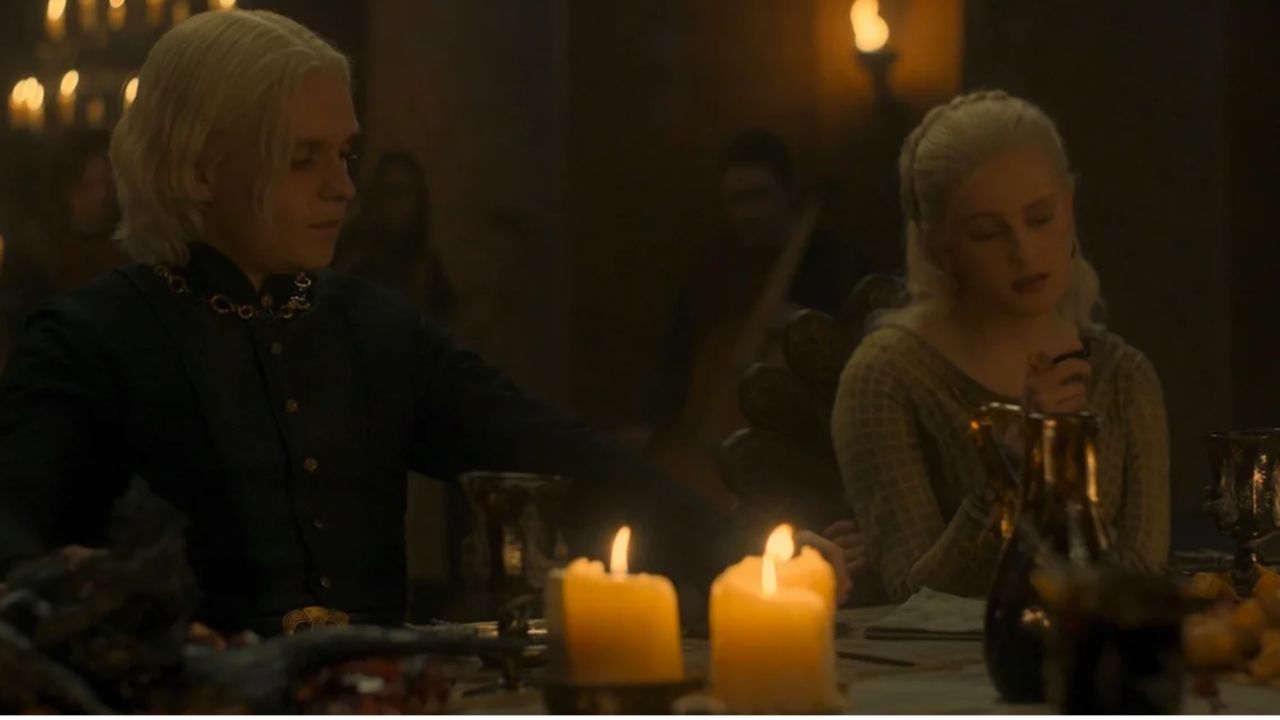 Marriage between various houses is treated as a political strategy rather than a romantic one in the land of the Seven Kingdoms in both Games of Thrones and House of the Dragon. One thing that cannot be argued about House of the Dragon is that it is slow, as the series moves at a breakneck pace, thanks to multiple significant time leaps. During those times, Prince Aegon Targaryen has grown from a tiny infant to a rebellious adolescent and finally to an adult. In episode 8, it is hinted that Aegon has married in the intervening years, but who is he married to in House of the Dragon?

Who is Aegon Targaryen’s Wife? 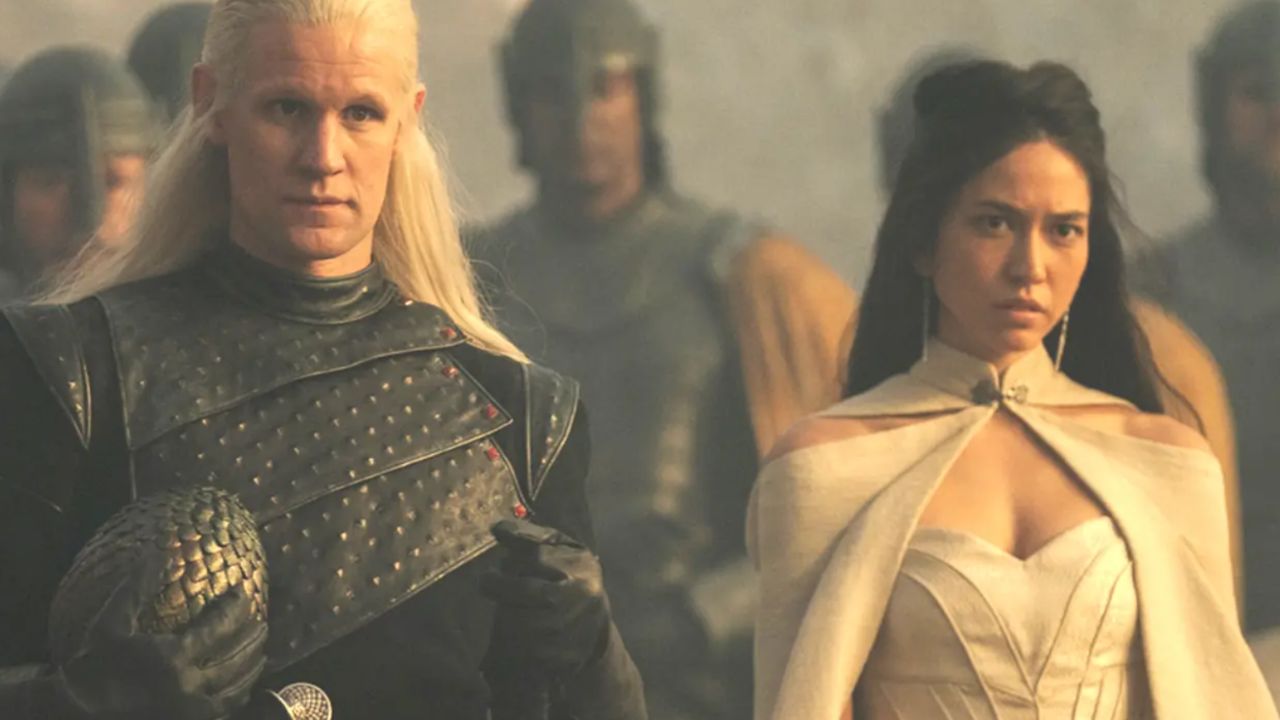 In House of the Dragon episode 8, Aegon Targaryen marries Helaena, his younger sister. The couple’s marital status is not immediately apparent in the program’s opening conversations, but it becomes increasingly plain at the family meal later in the episode. In an attempt to reassure her cousins Baela and Rhaena about their marriage chances, Helaena gives a troubling peek into her and Aegon’s marriage, saying, “It isn’t that horrible. “Mostly, he just ignores you… unless when he’s drunk,” which makes your skin crawl. For their mother, Alicent Hightower, the decision to marry Aegon and his sister seems comical.

Aegon and Helaena are Already Parents: 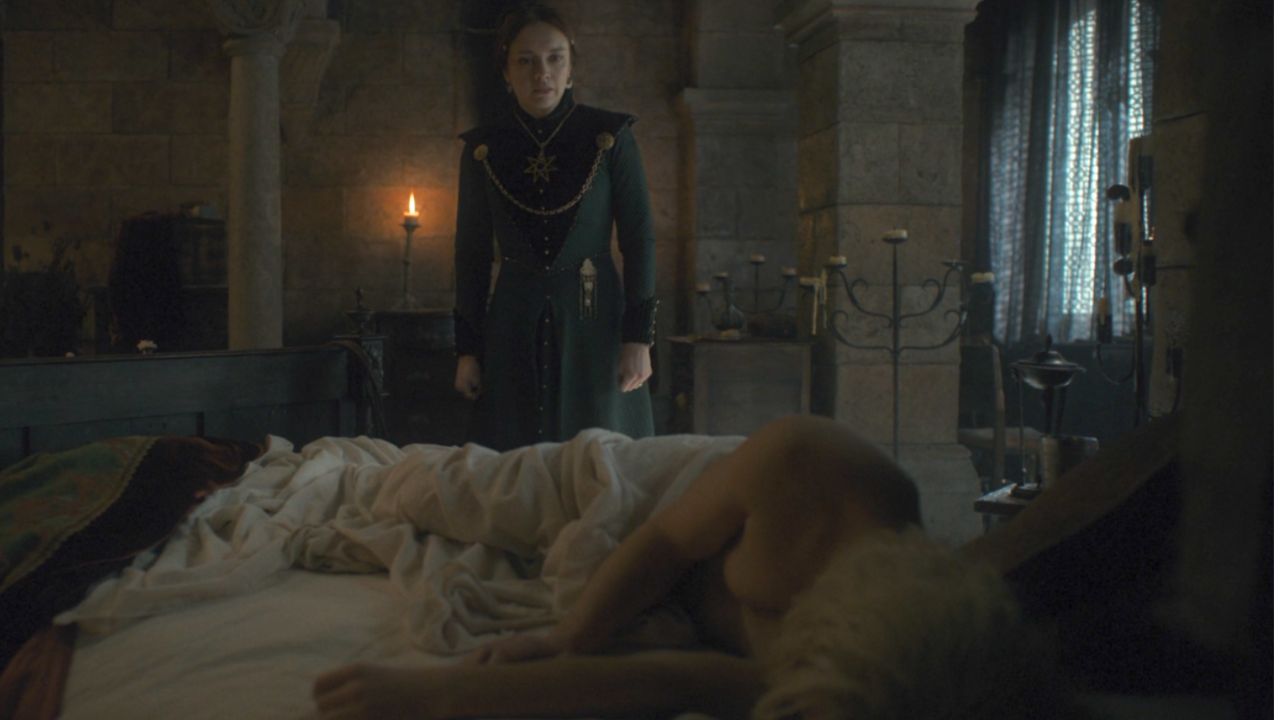 Some may have missed it, but Aegon and Helaena already had children by the time we met them in episode 8. After Alicent confronts Aegon about his conflict with the servant Dyana, Helaena enters the room and inquires about Dyana’s whereabouts because she was supposed to dress the children. Aegon and Helaena had three children during their marriage: twins Jaehaerys and Jaehaera and a second son named Maelor. Aegon also fathered two bastards in the books, one with a woman on the Street of Silk and the other with one of his mother’s slaves. Aegon and Helaena’s three children all perish before reaching adulthood.

The Targaryen has a Tradition of doing so: 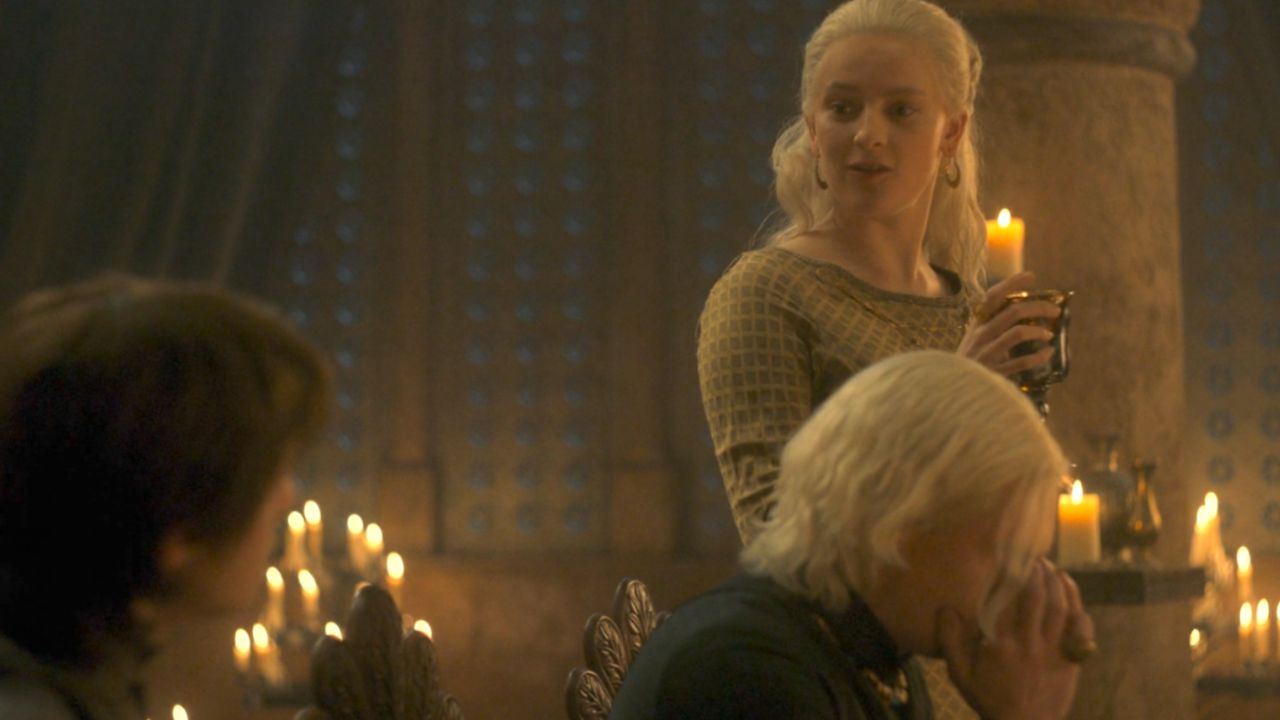 Incest is a long-standing custom within House Targaryen, dating back to the family’s early days. After Aegon, the Conqueror married his two sisters, Visenya and Rhaenys, known as his sister wives, the tradition of brothers marrying sisters and cousins marrying cousins became especially widespread. We’ve seen numerous examples of this ritual in House of the Dragon, dating back to episode 1, because King Viserys’ first wife, Aemma Arryn, is his cousin, and they both share Jaehaerys Targaryen as their grandfather. On top of that, Rhaenyra married her uncle Daemon, and their children from prior marriages are now engaged to match. 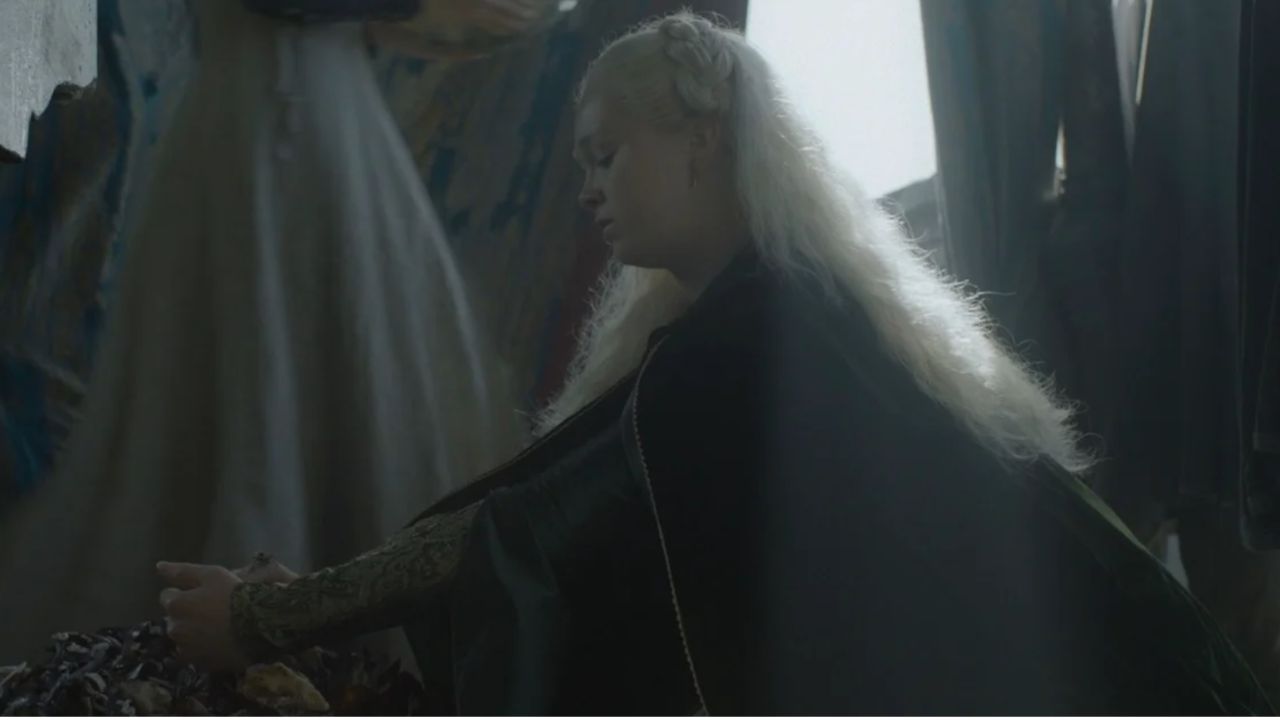 In House of the Dragon episode 6, we saw Queen Alicent’s children were now teens, training as Dragonriders and learning how to fight. Aegon was being groomed to be king by his mother since she did not want Princess Rhaenyra on the Iron Throne owing to the various things she did while she was the heir. Of course, Aegon was never a kingly personality, as we learned in Episode 6 and then again in Episode 8. In episode 8, Alicent was dissatisfied with her son since he appeared to sexually attack a maid named Dyana, whom the queen had to buy off. 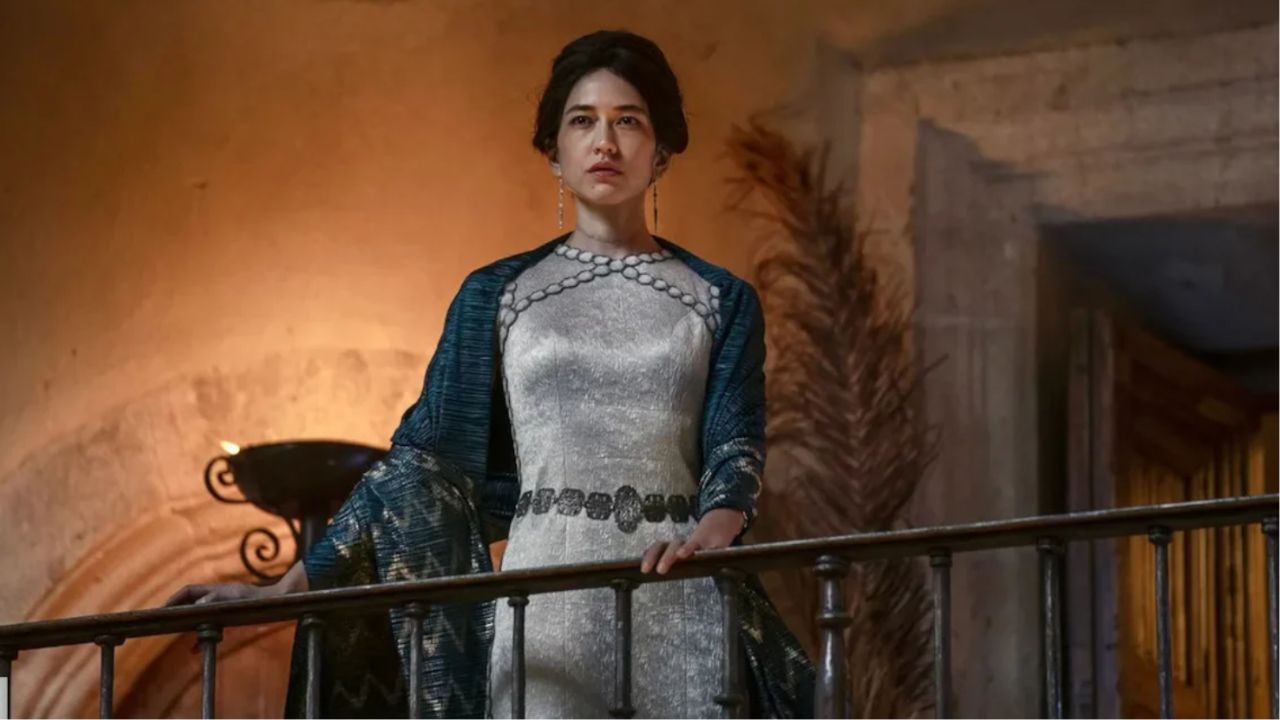 As previously stated, Aegon and Helaena are married. This implies that the older brother married the younger sister in an incestuous marriage. Nonetheless, this is pretty typical among the Targaryens. It is customary for the Valyrians to marry into the family rather than outside to ensure that their blood does not dry out and that they can endure for several generations. After all, the Targaryens are the last of the dragonlords of Old Valyria, and they are two of the few families to have survived the Valyrian Doom. Even though Aegon’s marriage to Helaena followed traditional Targaryen rituals, it was evident in episode 8 that he was unhappy with his sister.

Princess Helaena and Prince Aegon get married. It is usual for Valyrians to marry within the family to preserve their bloodline. However, in this situation, Aegon was compelled to marry his sister because his duty was to keep Helaena away from Rhaenyra’s family. As previously stated, marriages in the Seven Kingdoms tend to be political, which is still valid for the Targaryens. They may engage in incest yet still find methods to make the wedding a political event for the parties involved. This happened when Aegon and Helaena were forced to marry each other.