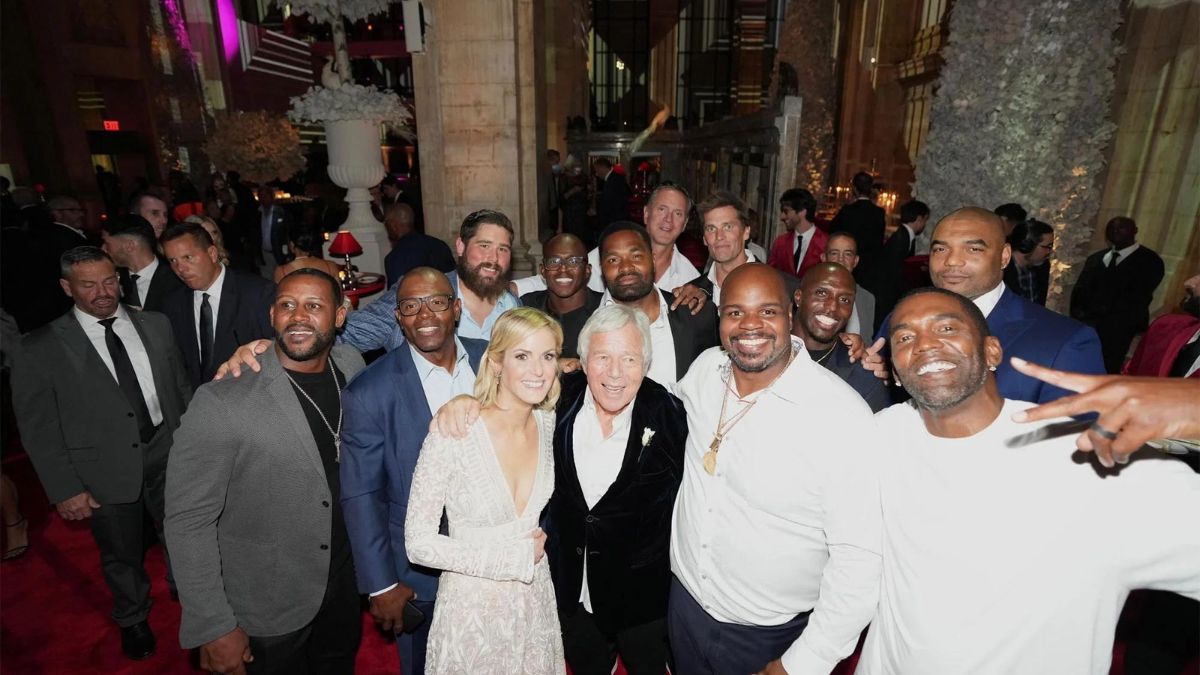 The 81-year-old businessman and the 47-year-old doctor reportedly instructed guests to dress festively for a “Kickoff and a Touchdown” party at the Hall des Lumières in lower Manhattan but did not reveal that they would be getting married. 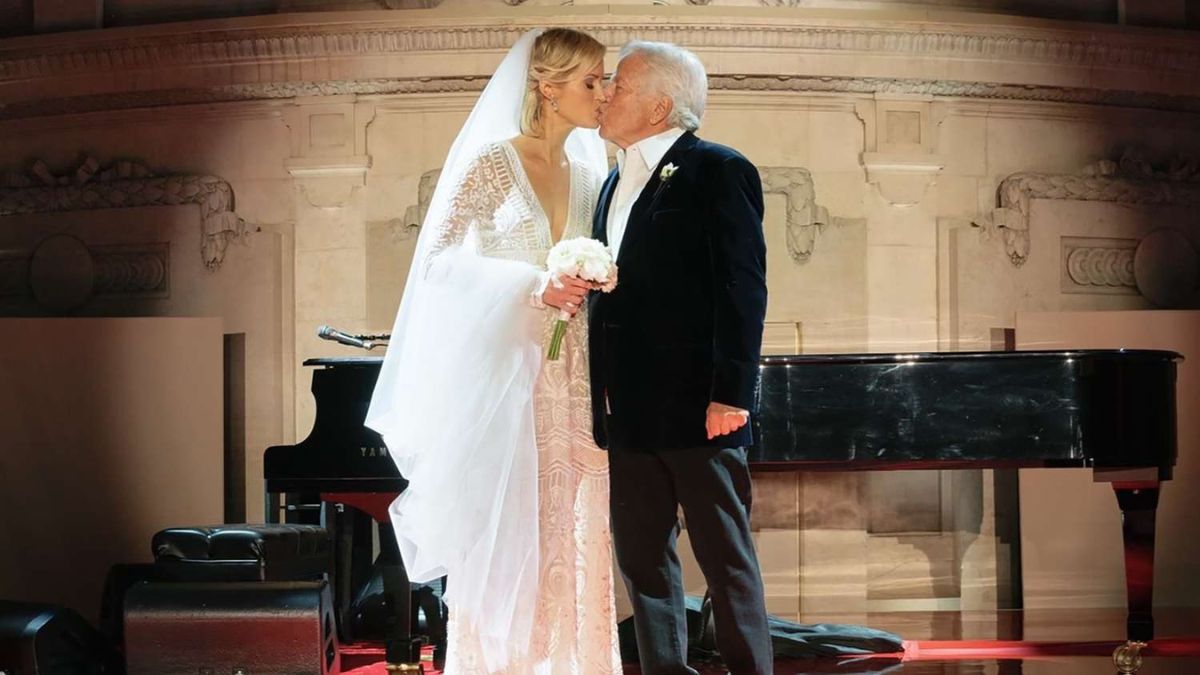 According to sources, the pair played a touching 10-minute video before Al Michaels, an NFL analyst, introduced them as husband and wife to an audience of roughly 250 people.

In keeping with Jewish custom, Kraft broke a glass during the party and explained to the guests what it meant.

According to reports, Kraft revealed to the audience that the pair only recently began making preparations for the grandiose wedding party after visiting the backstage area at a recent stop on Sir Elton John’s “Farewell Yellow Brick Road” tour at Gillette Stadium in Foxborough, Massachusetts.

John, 75, reportedly responded to the couple, “Well, when you get married I want to play as a gift!” when they revealed that they were considering covertly eloping.

The couple accepted the rock icon’s invitation and chose the one date that John had open. “Elton just did this as a friend and to celebrate their friendship,” a guest remarked. They only had three weeks to arrange this event!

According to sources, the Grammy winner introduced the newlyweds as Mr. and Mrs. Robert Kraft for the first time and told the elegant crowd that he traveled into New York City specifically to perform as a wedding gift.

“Circle of Life,” “Tiny Dancer,” “Philadelphia Freedom,” “Don’t Let the Sun Go Down on Me,” “Can You Feel the Love Tonight,” and other songs were performed by the crooner over the span of his hour-long performance. Additionally, he and Ed

We were told by spies that Sheeran and Meek Mill were among the other artists at the beautiful event. Sheeran played an acoustic song as Kraft and Blumberg danced their first dance. Before the occasion grew into a huge dance party, Grandmaster Flash DJ’d it and played the hora. A seven-tired wedding cake was also present.

Tom Brady, a former quarterback for the New England Patriots, was among the attendees. The 45-year-old NFL player was beaming as he entered the venue without his wife Gisele Bündchen and was spotted hanging out with Jon Bon Jovi.

Afterward, the Buccaneers star could be seen huddling with former Patriots quarterback Drew Bledsoe, whom he infamously replaced on the squad, as well as other ex-teammates like Andre Tippett, Vince Wilfork, as well as Richard Seymour.