Whitney Heard Enriquez, the younger sister of Amber Heard, testified on court recently that she witnessed Johnny Depp physically abused her sister in the course of their marriage. 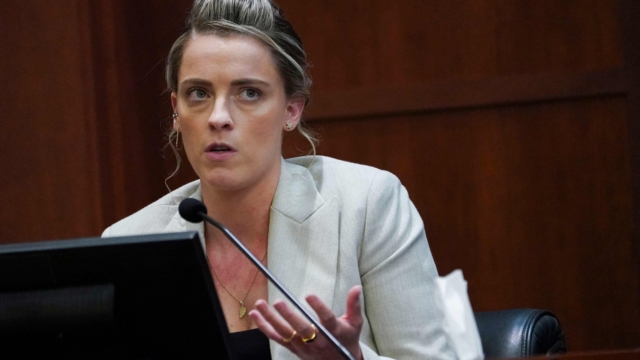 Whitney Heard Enriquez has been living off and on with Johnny Depp and her sister Amber Heard during the course of their life. During the defamation trial of the former couple, she testified on court on what she saw and witnessed everytime Depp and Heard got into a heated argument.

In a published article in CNN News, Enriquez in front of the court that she had done cocaine with the ‘Pirates of the Caribbean’ star Johnny Depp. Additionally, she also testified that Depp grabbed Amber Heard’s hair and whacked her in the face repeatedly.

However, Johnny Depp denied all these allegations during the recent trial and even said that he was the one who was physically in the course of their marriage. Meanwhile, Amber Heard described herself in the op-ed for The Washington Post that two years after their divorce that she was a public figure representing domestic abuse.

Cross Examination of Depp’s Legal Team During the Trial

In a recently published article in USA Today, Johnny Depp’s legal Depp accused Amber Heard as the abuser the course of their marriage. Depp’s lawyer Rebecca Lecaroz questioned why she supported her sister, Amber Heard, when she wanted to stay with Johnny Depp.

Henriquez said “That’s really oversimplifying something that’s far from simple. Again, Amber was very much in love, so was Johnny. She’s telling me that she wants something. Whether or not I agreed to it or not, whether or not I was OK with what was happening, it wasn’t my place.”

Multiple witnesses testified in front of the jurors during the Johnny Depp and Amber Heard Defamation Trial. A make-up artist and an acting coach both claimed that they saw some Amber Heard having injuries when she was still married with Johnny Depp, according to a published article in Rolling Stone.

However, the two Los Angeles Police officers contradicted this and said that never saw Amber Heard having visible injuries. They also added that they never also saw a disarray in the former couple’s home.

READ ALSO: ‘The Boys’ Season 3 Has Been Teased As The Bloodiest Installment